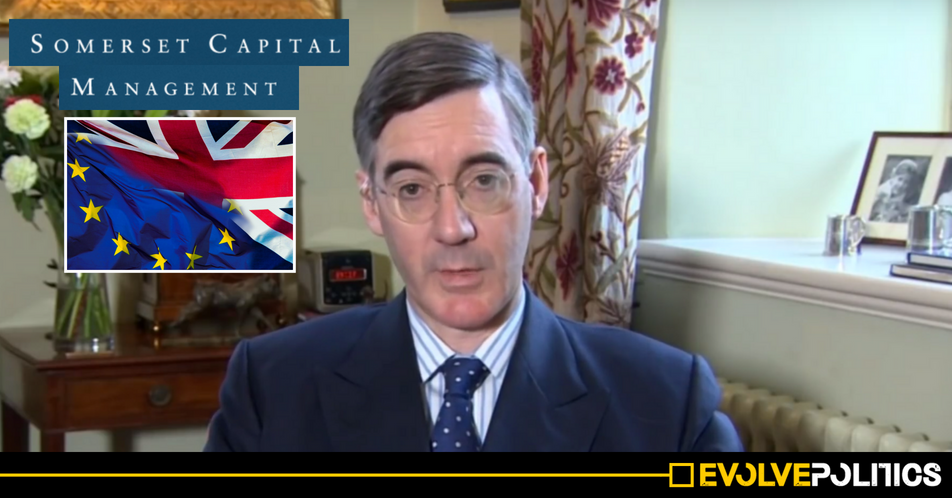 Arch Brexiteer Jacob Rees-Mogg’s investment firm, Somerset Capital Management (SCM), has launched a new investment fund in Dublin to get around the restrictions that will be imposed on it following Brexit.

In what is once again a searing torchlight on the hypocrisy and double standards at the heart of the staunchest Brexiteers, the investment firm that Jacob Rees-Mogg co-founded, and in which Mogg remains a partner, is attempting to circumvent the limitations that will be imposed on its ability to make money from Europe after Brexit by registering a ‘subsidiary’ in Dublin.

Such a move will mean that Moggy will still be able to rake in that objectionable, EU-generated moolah by having his investment firm succumb to the sovereignty-betraying, control-taking tyranny of… eurgh… EU laws.

The move is one that is being taken by a lot of financial institutions and banks because it allows them to continue to ‘passport’ off membership of the EU in order to lubricate trade therewith. Mr Latin’s utilisation of the strategy, though, might leave a taste something akin to cat pee in the mouths of remainers and leavers alike as they witness the true nonchalance that big bad money men have towards Britons and Britain’s future.

Luxembourg, Frankfurt and Paris are other bases used to make use of the ‘loophole’. It is seeing increased attention following Michel Barnier’s announcement that there would be no ‘special deal’.

The technicalities of Jacob’s cynical, cynical ploy are as thus: a sub-fund in Dublin will feed a master fund controlled by SCM in London.

Were we to go back to the grand era of kings and castles, Mogg is, in essence, the spurned king within the walls of his castle, pigheadedly thumping his banquet table in the face of a siege and allowing his people to succumb to starvation for the principle of the thing, for never relinquishing the honour of sovereignty, while receiving rations through clandestine tunnels beneath the battlements. “We shall not surrender!” He splutters through mouthfuls of smuggled boar, “We shall not succumb! *gulp*”.

In what highlights the Janus-faced indifference of a political class unimpeded from profiting from the ills facing the nation they govern, the March prospectus issued by SCM warned of “considerable uncertainty” and “investment-specific risks” in the light of Brexit. Well, at least they’re our risks and uncertainties, eh?

It’s nothing new for the top-hatted, silver-spoon slurping, dickie tie financier though, is it? In a time when Britain was all but at war with Russia – or, at least, the Commons had hard ons for such a thing – Mogg’s money pit, SCM, was found to have 10% of its funds invested in the country, which supposedly had just carried out an assassination on our soil.

Jacob’s middle-England pleasantries and quaint, eccentric espousals of Latin epithets; his charming, retrograde, mansion-house mannerisms are but a lie. A mask donned to do nothing but fool Britons who still believe in their country. There is no such thing as sovereignty ‘cept the sovereignty of wealth. Jacob knows it, that’s why he’s feathering his nest for Brexit’s fallout.

Whether you voted out or voted in, understand that ‘Brexit means Brexit’ means nothing. The nannied dandy is at the vanguard of a splutter of meaningless patriotism that has no substance. It does of course need to be noted that Jacob denies having any say in investment decisions taken within SCM. The fact remains, though, that he benefits from them.

While Rome burns, Mogg will benefit from fiddling EU trade rules to suit him.