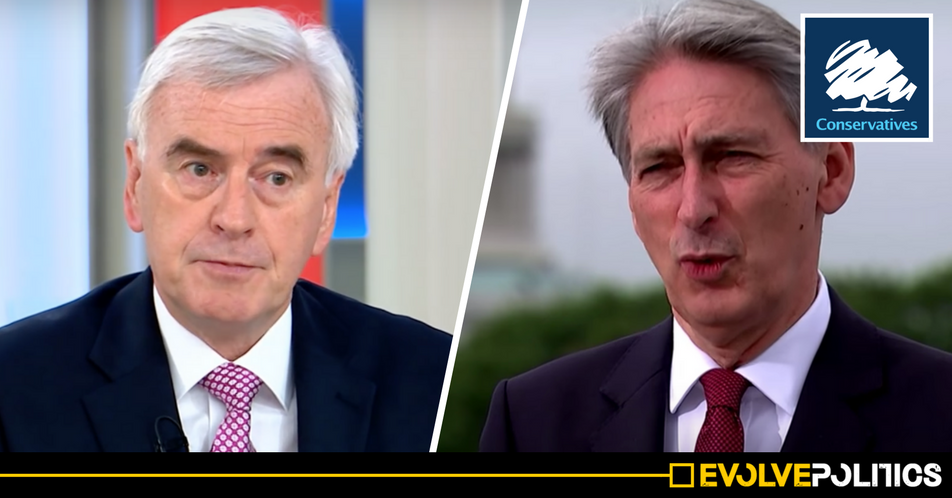 In a shocking announcement today, the Office for National Statistics (ONS) has estimated an increase in Gross Domestic Product (GDP) of just 0.1%: the lowest for six years – and one which economists are predicting could lead to yet another recession.

The drastic slowdown in Britain’s economy also comes despite the US and wider global economy growing fantastically – underlining just how economically incompetent the Tories continue to be by sticking firmly to their failed austerity dogma despite mountains of evidence showing that investment is what the economy needs.

This latest and most worrying slowdown comes on the back of the UK economy having grown more slowly than the EU’s for the first time since 2010.

And to pile on the economic agony, in a country gripped by a housing crisis, construction was one of the biggest pulls on GDP, falling by 3.3%.

The construction industry has seen its growth slow in the wake of falling real term wages and a lack of investment. So too has a culture of ‘land banking‘, meaning that developers sit on land and see its value rise, been allowed to gestate at the legislative and political levels.

In addition, consumer confidence has spiralled, meaning that consumer facing industries have seen a retraction in their growth.

Looking into detail of the GDP figs, striking how much the growth of consumer-facing industries has slowed in recent quarters. Households are really cutting back pic.twitter.com/xe4N4EUxXY

The lack of consumer confidence – meaning that people are cutting back and spending less – would suggest that Shadow Chancellor, John McDonnell, is right in his assessment of Britain’s economic performance, stating:

“Today’s disappointing GDP figures further confirm that continued Tory austerity cuts are weakening growth. The Chancellor will want to blame this all on a bit of bad weather, but the ONS say this had a limited impact. The truth is that the last eight years of Tory economic failure has allowed our economy to be left exposed. This is the weakest Q1 growth since 2012. It’s clear to everyone except Philip Hammond that our economy is in need of increased investment and working families are struggling with the cost of living and the burden of increasing household debt.”

Indeed, the Chancellor of the Exchequer, Philip Hammond, has sought to blame the bad weather for the UK’s dire economy. This whilst the ONS itself has stated that whilst the ‘Beast from the East’ would have stopped some construction in its tracks and impeded a small minority of shoppers from shopping, it can not be blamed for such a massive dip in growth generally.

Just arrived in Bulgaria to meet with my counterparts across Europe.

UK GDP growth is 0.1%, reflecting some impact on construction and retail from recent exceptional weather. The broader picture is record-high employment, falling inflation and a 16-year low for borrowing. pic.twitter.com/QZShxQ24g3

To compound this quarter’s dire statistics, UK economic growth has been slower than that of the rest of the world for a year.

While Hammond sought to distract from the latest horrendous economic figures by citing the current so-called “record-high employment”, such a brag is built on sand. Recent ONS statistics showed that the use of zero hour contracts exploded by 100,000 in 2017.

The Guardian doesn’t seem to be able to make obvious connections – one day “uninspiring”, the next a “boost” – no connection made. It should just stop covering economics … pic.twitter.com/sktmmdHy9H

Perhaps the most damaging insight into the state of the national economy is that while national GDP has, albeit devastatingly slowly, risen, GDP per person has fallen by 0.1%.

Weak growth in #gdp today up just 0.1% on the quarter and more importantly GDP per person is down -0.1% pic.twitter.com/joQZOgktqw

The alarming revelation is symptomatic of people with less pounds in their pockets, who are less able to contribute to the economy, with businesses less able to invest and employ, and an economy that is crawling on its knees.

People are losing significant amounts of money under the Tory Government.

And for many parts of the country there has been no recovery at all pic.twitter.com/jeSu1AQJmO

While manufacturing and production in this country fell, the services industries were the most productive, rising in the first quarter of this year at a rate of 0.3% – the sector built not on creation, but on middle-man’ism, and on the back of zero hour contracts.

ToryChief Secretary to the Treasury Liz Truss has attempted to claim that the “fundamentals” of the economy remain strong. Though in the face of an economy that has basically stood still, it seems that financial services and the service industry can’t truly count as fundamentals.

It should be "fundamentals". I apologise for this grave spelling error. It was due to poor weather. https://t.co/yZ8w7Z3tTg

Perhaps the most alarming aspect of the Tories’ sorry mismanagement of the UK economy is that it now looks increasingly likely that the country will soon face two consecutive quarters of negative growth – which would signal a recession.

"This print is consistent with our long-held view that the UK faces an evens chance of recession this year, and that the MPC will keep interest rates on hold when it meets next month"

While Tory Ministers revel in cutting Government borrowing, they revel too in the fact that this contraction in Government spending means an increase in private sector borrowing. It means that the public services, which necessarily have to be gutted to finance that reduction in borrowing are no longer there for the people of this country to rely on. It means that people are unable to get the assistance they need and that individual, person-to-person economies have to contract.

With a nation of people struggling under the weight of Government cuts, growth languishes. Now it seems that the Tory ideology has once again brought us to the precipice of recession.