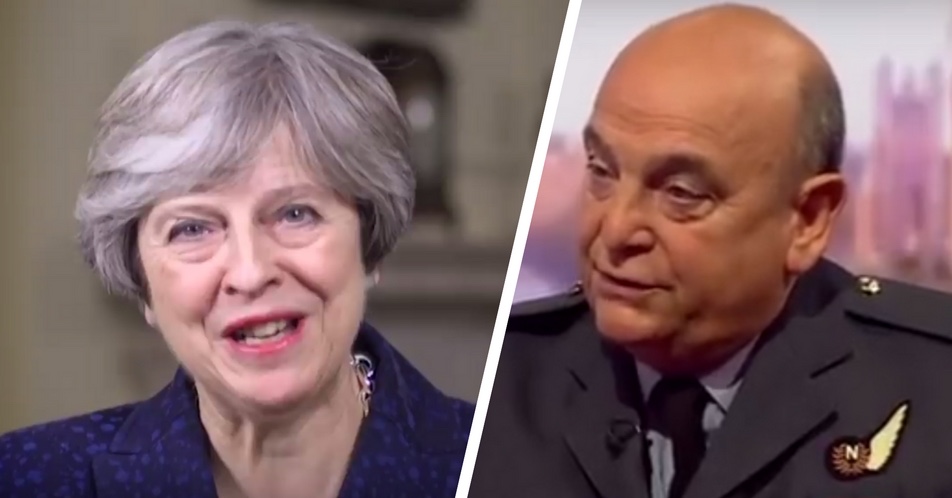 He will become the first Briton to hold the position for 25 years when he takes over the role in June next year. He was also the first Commander of the UK’s Joint Forces Command during the intervention in Libya in 2011.

“It is a huge honour to have been chosen to be the next Chairman of the Military Committee, one of the most important positions in NATO, central to European security.”

A security put at risk by an intervention described in the government’s own report as one that resulted in political and economic collapse, inter-militia and inter-tribal warfare.

The intervention led to humanitarian and migrant crises, widespread human rights violations, and the spread of Gaddafi regime weapons across the region and the growth of ISIL in North Africa.

In his evidence to the committee in 2014, Malcolm Chalmers, Deputy Director-General at the Royal United Services Institute, estimated ISIL manpower was at between 3,000 and 6,000 fighters, many of whom are not Libyan.

However, he added: “Islamic State seems to be encouraging its supporters in North Africa to go to Libya now, rather than to Syria and Iraq.”

The report was published by the government’s foreign affairs select committee in September last year. It highlights numerous failures that led to an instability that produced a failed a state on the verge of all-out civil war, ultimately leaving a breeding ground for Islamic extremism and jihadist groups.

This instability helped fuel a migrant crisis that has seen more than 2,000 people die attempting to cross the Mediterranean from Libya in this year alone.

According to research by the International Organisation for Migration it has become the world’s most lethal migration route.

Despite the damning verdict on his command, Prime Minister Theresa May said:

No-one understands better the challenges that NATO faces and I am sure that he will serve the Alliance with the same professionalism and rigour with which he has furthered Britain’s interests throughout his distinguished career.

While the Prime Minister was not responsible for his appointment, it typifies a culture of rewarding failure that is endemic across political and private institutions at both a national and international level.

It’s how Tony Blair can be become a Middle East peace envoy after helping to destroy Iraq, or how drone-happy US President Barack Obama can receive a Nobel Peace Prize.

While NATO was vital for European security throughout the Cold War, for fear of becoming obsolete it has since become a veil behind which military and economic imperialism can disguise itself.

The appointment only further institutionalises the UK’s commitment to an organisation that is itself the problem. Troop deployments and war games in the East only increase tension with a resurgent Russia. While its interventions so far have only boosted the threat from terrorism across Europe.

Since its formation the threats facing the alliance have changed dramatically. A reformed NATO that moves away from Cold War-era grandstanding and imperialism may find common ground with new partners beyond the North Atlantic and Europe.

The evidence suggest that Sir Peach will not be the person to ask whether or not the alliance in its current form is actually making its members more secure.