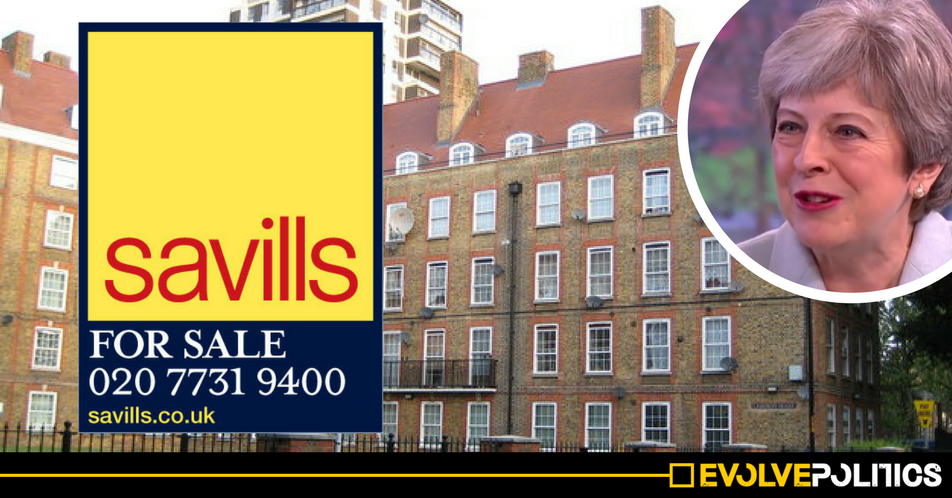 On the morning of the 26th of March, at 8am in the Marriott Hotel, Grosvenor Square, wealthy investors and buyers will bid for millions of pounds worth of social housing.

Totalling £7.2mn, the stock of social housing to be sold is of no small worth. 1 in 10 of the lots in the auction, which is to be hosted by Savills, will be social housing. 14 of the lots are being sold by Housing Associations, 6 by Councils. The properties are in areas such as Croydon, Camberwell and Harlesden, which have more than 7,000 families in temporary housing and 104 people sleeping on the streets.

The auction is nothing new. Housing Associations and Local Authorities have for a while been flogging their stock of social housing to the private marketplace. This is particularly so in wealthier parts of London.

In February, at the last Savills auction, more than 15% of the lots on sale were sold by social landlords. One of those properties, a social housing flat in Paddington, had belonged to a woman who was forced to move out because of cuts to her housing benefit as a result of the bedroom tax.

The auctioning off of social housing at such a rate, especially in central London and in areas where property values have skyrocketed beyond the reach of the average Londoner, is no accident. In 2014, Ministers deliberately urged Councils to sell of their housing stock in expensive areas, where properties are worth millions of pounds, so that the funds generated from sales can be used elsewhere.

The idea is supposed to be that social housing stock worth millions of pounds, lying idle, doing nothing but housing vulnerable citizens, is wasted money and represents inefficient asset management on the part of the Council. Selling the stock is supposed to free up funds for the construction of social housing elsewhere. However, the fact that the amount of properties being built has been decreasing since the 1960s, appears to show that such a theory does not bear out in reality.

On top of this, the amount of social housing available has dropped by 11%, a record low. This includes 30,000 fewer social homes run by private Housing Associations and 10,000 fewer by Local Authorities. Social housing was demoted in Government priorities by a focus on ‘affordable housing‘, which, when rented is defined as housing that is rented for no more than 80% of market rate.

The reality of the position in relation to either affordable housing or social/council housing shows that the maths behind selling off social housing doesn’t add up. It is an ideological pursuit.

In Hammersmith & Fulham, it was explicitly and proudly an ideological pursuit. The Tory Council in 2006 deemed that it had too much social housing and pursued deliberate policies of getting shot of its Social Housing in order to create “decent neighbourhoods”. Thankfully, however, Hammersmith and Fulham Council have now rightly halted this policy.

The auctions run alongside the unsustainable, forced social housing sell off under the ‘Right to Buy‘ scheme. Social housing is not being built or provided at satisfactory-enough a rate in order to fill the gap left by those that have been sold off.

These policies, which have led to the all-encompassing privatisation of the rental sector and the destruction of social housing, benefit private landlords and further drive up housing prices. By selling off social housing for millions of pounds, the Tories drive out the poor; those that cannot afford the extortionate price of living in central London. They benefit private landlords under the Right to Buy Scheme: usually large investment bodies who can afford to scoop up the stock and rent it back at exorbitant rates to vulnerable people just trying to live, work and survive in their capital city.

At their heart, auctions like the one tomorrow represent social cleansing. Indeed, #HomesForAll will be protesting outside the Marriott Hotel during the course of the auction.

There has been a stark shift in Government policy with respect to housing, which aligns with its priorities. It is the same realignment in priorities that has seen rough sleeping rise by 15% this year from last. Such shift is best summed up by Neil Hadden, the Chief Executive of Genesis, one of the Housing Associations selling its stock at tomorrow’s auction, who in 2015 said that housing people on the lowest income is not his “problem”. His focus now, he said, is supplying homes at different price points.

The wanton stripping of Government assets is a direct result of strangulation by the Tories of central Government funding to Councils. They are starved of funds, and as a result, the citizens who are in their care starve also. In 1979, 42% of British citizens lived in social housing. In 2016, that figure had reduced to 8%. Yet the people who need that housing have not gone anywhere.