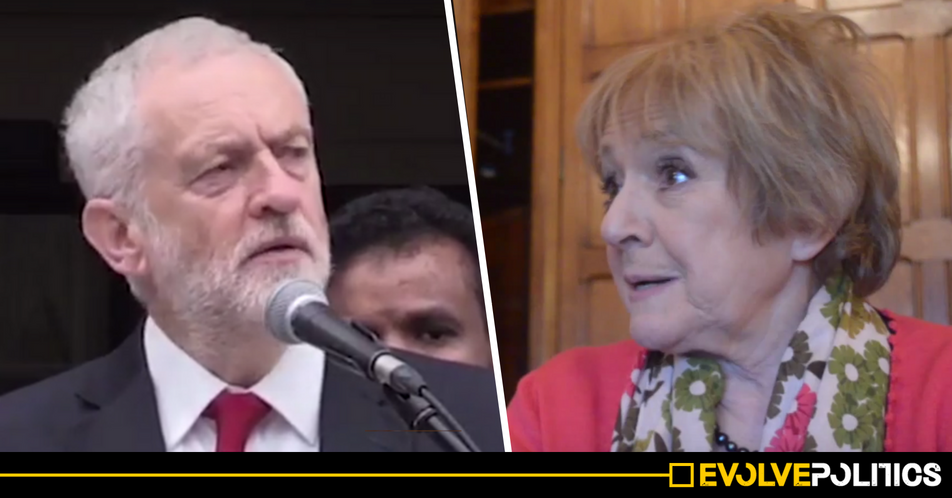 “You’re a f*cking antisemite and a racist!” – these are the words apparently screamed by Dame Margaret Hodge into the face of the Labour leader, Jeremy Corbyn. The tirade followed the Labour party’s recent amendment of its definition of antisemitism in which the party’s National Executive Committee (NEC) broadly adopted the internationally recognised International Holocaust Remembrance Alliance (IHRA) working definition.

The definition is as follows:

“Antisemitism is a certain perception of Jews, which may be expressed as hatred toward Jews. Rhetorical and physical manifestations of antisemitism are directed toward Jewish or non-Jewish individuals and/or their property, toward Jewish community institutions and religious facilities.”

However, controversy abounded, as controversy is wont to do where Corbyn is concerned, in the Labour Party’s adoption or supposed rejection of some of the “contemporary examples” of antisemitism propounded by the IHRA.

Indeed, specifically, it was certain examples pertaining to what many consider to be the equation of Judaism with Israel that the party chose to leave out. While, of course, it is shaky ground and certain to ignite the same tired old accusations, such a move is sensible in light of the fact that conversations around antisemitism are more often than not muddied and confused by the substitution of Israel for Judaism.

Nonetheless, the edits evidently gave Hodge cause to scream at her leader in Parliament that “you’re a f*cking antisemite and a racist!”

Dame Margaret Hodge MP did not “speak out” about anything. She screamed in public in the face of her leader “You are a fucking anti-Semite and a racist”. End of. Really.

It is perhaps unsurprising that she chose to accost her leader in such a way. Since he stands for everything she does not – that is, public ownership, workers’ rights, anti-racism and the Labour party representing labour, as it was born to do.

Private Eye dug up this little nugget from 1995, clearly showing Hodge’s colours lashed to the mast and flying high:

Clause 4 was, until 1995 when it was revised, the Labour party’s deliberate, specific and purposeful entreaty to its socialist roots:

“To secure for the workers by hand or by brain the full fruits of their industry and the most equitable distribution thereof that may be possible upon the basis of the common ownership of the means of production, distribution and exchange, and the best obtainable system of popular administration and control of each industry or service.”

It was amended under Blair as part of the Labour party’s revolution into New Labour, so that it rang more as a squalid, vapid corporate slogan:

“[The Labour party] believes that by the strength of our common endeavour we achieve more than we achieve alone, so as to create for each of us the means to realise our true potential and for all of us a community in which power, wealth and opportunity are in the hands of the many, not the few, where the rights we enjoy reflect the duties we owe, and where we live together, freely, in a spirit of solidarity, tolerance and respect’.”

Hodge, the millionaire Dame, who debated Corbyn in ’95 with both vigour and anger is clearly perturbed to see his revolutionary reversion of their party to its socialistic roots. This, though, clearly has no bearing upon her decision to scream in Jeremy’s face and accuse the ardent anti-racism campaigner of being a “f*cking” racist.

It appears, also, that the honourable Dame may want to rethink her own personal working definition of racism.

Years before the rise of UKIP swung the Tories further right and the rise of Trump swung Europe into neo-fascistic revivals, Hodge – the MP for Barking – was allowing the apparent gestating popularity of the BNP to colour her own policies. Indeed, in response to the now deceased party’s appeals to fear, Hodge, instead of combatting such persuasions, gave into them, calling for a “natives first” policy on social housing.

While various pundits and politicians issue statements of solidarity with Margaret for her record, particularly of “beating off the BNP” – which, as someone who relies on winning elections to work, is literally her job – it is worth remembering the victims of her self-confessed “shameful naivety”.

The former Children’s Minister, as an Islington councillor and, later, leader of the council, also failed to take any action on reports of a paedophilia scandal within children’s homes in the area. The reports turned out to be true, and Hodges’s inaction allowed it to continue.

Not only is Hodge ineffectual and completely at odds with the foundational principles and ideology of the party in which she resides, but so too has her hypocrisy been a point of contention.

In 2015, the Labour member – who has been outspoken over tax avoidance – received shares in a company from a family foundation based in a tax haven. Indeed, her family’s company reportedly paid just 0.01% on £2.1bn worth of business in the UK.

The Labour party is reportedly going to take action against Hodge following her outburst at Corbyn.

It appears, at a time when the Conservative party is in disarray, that it is wholly convenient for those with Blairite and New Labour leanings – who have been staunch opponents of Jeremy’s now entirely vindicated political direction from the very beginning – to throw mud and make headlines that serve only to douse the party in petrol.

Margaret Hodge may call upon her Jewish ancestry and her family’s undoubtedly torrid experience at the hands of the Holocaust to justify her rage, yet it seems obvious from her past that there is quite clearly something more at play.