This is so ironic, it actually hurts.

Her Majesty’s Revenue and Customs – you know, that place that deals with all things tax-related – are now involved in a tax scandal.

You see, HMRC’s HQ is actually privately owned. Its headquarters are owned by a private company called CIHL Infrastructure Holdings which are registered in, yep, you’ve guessed it; a tax haven. Jersey to be exact.

And the HMRC’s 600 tax offices? They’re owned by Mapley Steps Limited, who are registered in Bermuda, which is also a favourite amongst the tax-shy.

A large part of the HRMC’s job is to stop the rich from avoiding paying tax that they duly owe. How exactly can they be trusted to do that when the companies their offices are owned by don’t pay tax?

This news has nothing to do with the leaked Panama Papers – this is technically old news, and was reported by the Morning Star last year but the public aren’t listening.

And, of course, they are not the only big name that is registered abroad to avoid tax. The Daily Mail is apparently outraged that the Icelandic PM Sigmunder David Gunlaugsson hid millions whilst Iceland’s financial system was on the brink of collapse… but the Daily Mail itself is owned by the Rothermere family and registered in Jersey. It really is one rule for them, and another for the tax-payers. The public pay between 20-40% on their earnings, yet Corporation Tax is being slashed from 20% to 17%.

A special mention to The Daily Express, who are refusing to follow the crowd and report on the Panama Papers. Their front page for the 5th April was about walnuts. 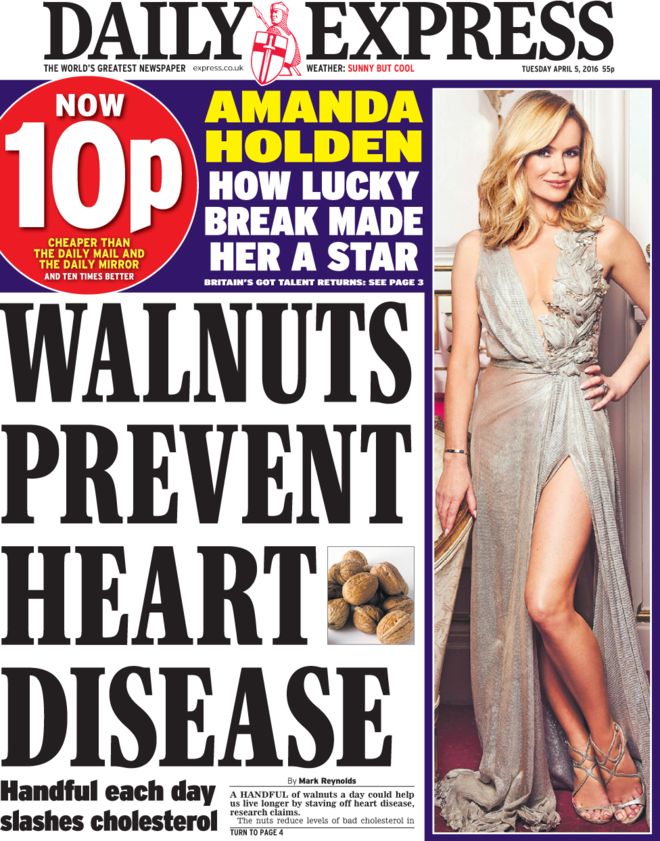 The Daily Express – caring more about nuts than tax-dodgers.