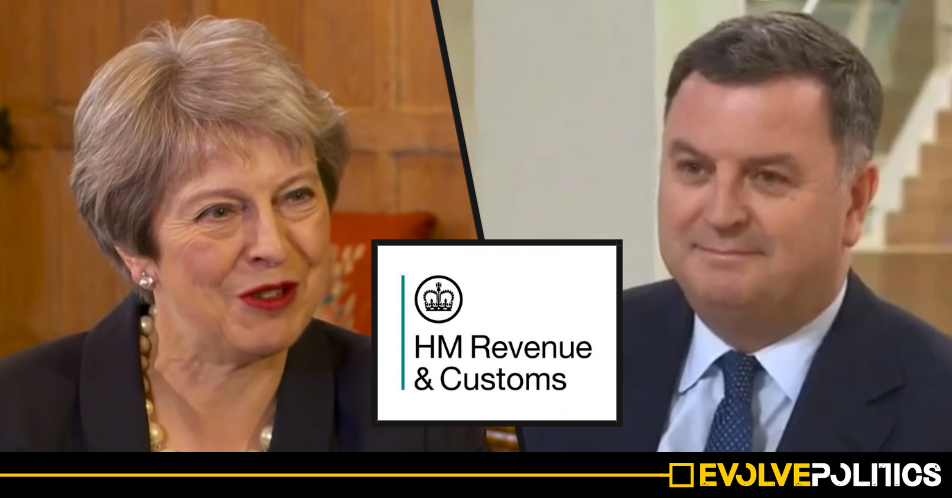 Last week, at an economic crime conference in Cambridge, a senior HMRC official admitted that the UK tax authority panders to the rich and powerful when chasing them for tax evasion so they can avoid “reputational damage“. If you ever had any doubt that in Britain there really is “one rule for them, and another for the rest of us“, this utterly astonishing admission by the UK’s tax authority proves it.

Richard Las, a deputy director of HMRC, said that criminal prosecutions are not the “default option” for cases of tax evasion, money laundering or fraud. He went on to say:

When deciding whether to deploy our resources, we try to understand what motivates different types of offenders. For example some tax offenders are very wealthy, prominent members of the community.

We know that these types of people do not want the reputational damage of custodial sentences, and we can use that to our advantage.”

The argument that a prominent individual’s fear of reputational damage is somehow something that can be used to HMRC’s advantage is surely obfuscatory.

The logical deduction is that holding the damoclean threat of criminal prosecution over the head of a supposed ‘important person’ simply means that a ‘sweetheart deal’ can be cooked up in a back room, whereby the celeb pays up quicker.

Of course, HMRC says it does not make sweetheart deals. However, when celebrities and wealthy people are obviously worth more to the non-Ministerial institution, it is hard to escape that conclusion.

Of course HMRC's Chief Executive would *say* they don't do sweetheart deals. But the fact is that, since 2012, HMRC has undermined the governance machinery then put in place to make sure it doesn't. pic.twitter.com/WYV2CVeEB4

As for equality under the law, HMRC appear not to have heard of it, nor to have considered such a principle.

Simply because someone is high-profile, with a high net worth, HMRC appears to determine that they are afforded the luxury of an inconsequential slap on the wrist and pure secrecy in paying what’s owed.

The owner of the small business, the self-employed tradesmen, those of us among the ranks of the proletariat, however, enjoy no such largesse.

“This raises questions over the public’s equality under the law. Just because you have highly paid tax advisers, you must not be seen to be getting away with it.”

The damning admission follows on from HMRC’s refusal to assist a French prosecutor in a probe into LycaMobile allegedly avoiding taxes, simply because they were a major Tory donor.

As a Madison Avenue exec might say: “the optics aren’t good”.

Internationally, HMRC appears to be a revenue and customs agency that deliberately renders itself toothless.

In the fallout of the Panama Papers scandal, whilst Germany mounted 71 prosecutions; Pakistan sentenced their former Prime Minister to 10 years in prison and an £8.2mn fine; and the Spaniards recovered millions in lost revenue after threatening to prosecute top footballers, in Blighty, HMRC carried out a meagre 6 interviews under caution.

The institution does little to stem Britain’s increasing and post-Brexit-sought-after image as a tax haven friendly to those with wealth. In the fallout of a years of austerity, it is galling.

Indeed, while Corporations appear to get away with avoiding millions of pounds in UK tax bills through complex international structures, which HMRC is happy to let slide, small and medium size enterprises are chased down and pressurised.

Albeit that HMRC is non-Ministerial, it paints a picture once more of a country in hock to the oligopolies and the financiers, the celebrities and the wealthy, and without control over its affairs.

While HMRC may consider it ‘not worth it‘ to pursue criminal prosecutions against celebrities and the powerful, it is a slap in the face of citizens of this country to see that those at the top of the foodchain are able to settle their sins, while those with no clout must suffer retribution at the hand of the state.

Were the matter considered ideologically, it would in fact be all the more imperative that celebrities and the wealthiest in society be prosecuted publicly at the hand of the state, for it would truly show legal egalitarianism and evidence of the principle that no man is above the law. Indeed, it would also assist in providing the example that those at the top of our society ought to set. It would show that the state has no time for those not willing to play by the rules and would ensure that where those at the top of society undermine the social contract, they are ‘cast out’ in ignominy.

As it is, instead, HMRC would rather adopt the Tory line, and that is the line of whomever is willing to grace their upturned palm.