Home Fake News If Corbyn had been assassinated, the Right-Wing Media would have had blood... 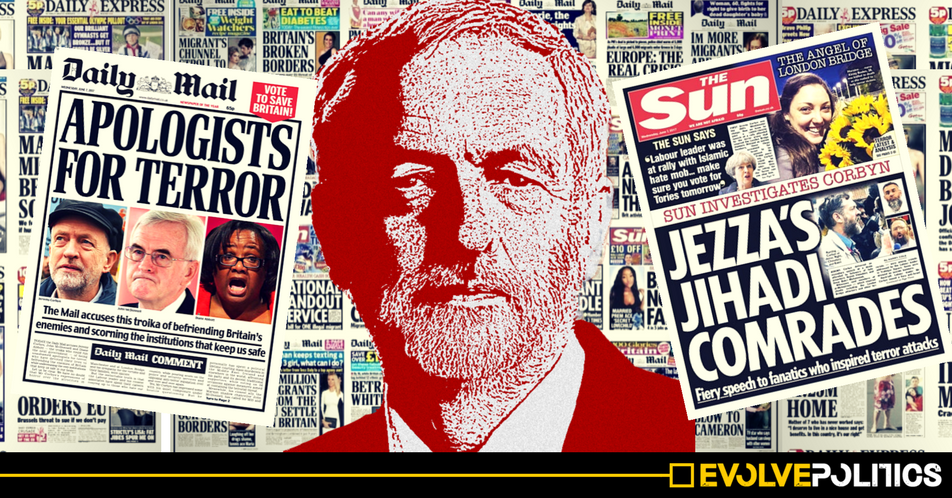 There have been very few moments in my life that have made me want to give up politics. Since I started working for the Labour Party four years ago I have honestly never looked back. I changed my degree, changed my outlook on life, changed my job. One of those moments happened two years ago, the tragic Assassination of Jo Cox.

Cox’s murder was the fault of the man who killed her. It was not the fault of the Leave campaign, or Boris Johnson or Nigel Farage. But we cannot ignore the context in which it happened. As people screamed BREAKING POINT, and framed the debate as a story of National Survival and stripped the conversation of nuance and into a question of life and death; death happened.

It was in this context that a wonderful MP, person and mother lost her life.

Rhetoric has consequences, and how we talk about one another matters.

Just yesterday we found out that the Finsbury Park attack started as an assassination attempt on Jeremy Corbyn.

The van was rented to run him over, and the Finsbury Park mosque was only chosen after the attacker(s) hit a roadblock and because it was in Corbyn’s constituency. The attacker was undoubtedly Islamophobic, but he chose to make it his priority to attack Corbyn – and the question all of us need to be asking is why?

Maybe it was because the Daily Mail insisted that Corbyn had befriended Britain’s ‘enemies’? Or was it because he was a traitor according to the Express? Maybe because former Defence Secretary Michael Fallon ordered Tories to “fire on the dangerous enemy” Jeremy Corbyn?

The efforts to present Corbyn as dangerous and a friend to terrorists were so significant that the LSE produced a comprehensive report into it.

Jo Cox lost her life in the context of a hateful campaign that told people they were under attack, that their country had been given away, and that they had been betrayed. These attacks have never stopped or slowed down, the right wing have not learned their lesson about the flames of rhetoric.

I do not want to minimise the death of Jo Cox by comparing it to a failed attempt on Corbyn’s life. I only compare them because both emphasise the same principle: that there are always those willing to do horrible things, and our culture of hate helps target them.

It has become deathly apparent that our media have learned absolutely nothing since 2016. Politics is undoubtedly important, but the constant endorsement of a siege mentality by a self-serving right-wing press has made our discourse toxic.

As much as we may talk about attacks on politicians it is hard to ignore the undercurrent of Islamophobia that defines these attacks. The secondary attack was a mosque, the attackers were both right-wing Islamophobes, and Jo Cox’s murderer literally screamed ‘Britain First’.

This othering has a real effect. 35% of children reportedly believe that Muslims are taking over England. A statistic that has increased year on year. Meanwhile, 60% of young children think Immigrants and Asylum Seekers are stealing their jobs. These truly are astounding figures with no little consequence.

The right-wing press has shaped our politics into something dark and vicious. They have dehumanised sections of the population and turned those who seek to protect them into traitors and enemies.

It is in this context that a man tried to kill Jeremy Corbyn, and succeeded in killing Jo Cox.

The death of Jo Cox will live in infamy, and we cannot let it mean so little that we are back here two years later.