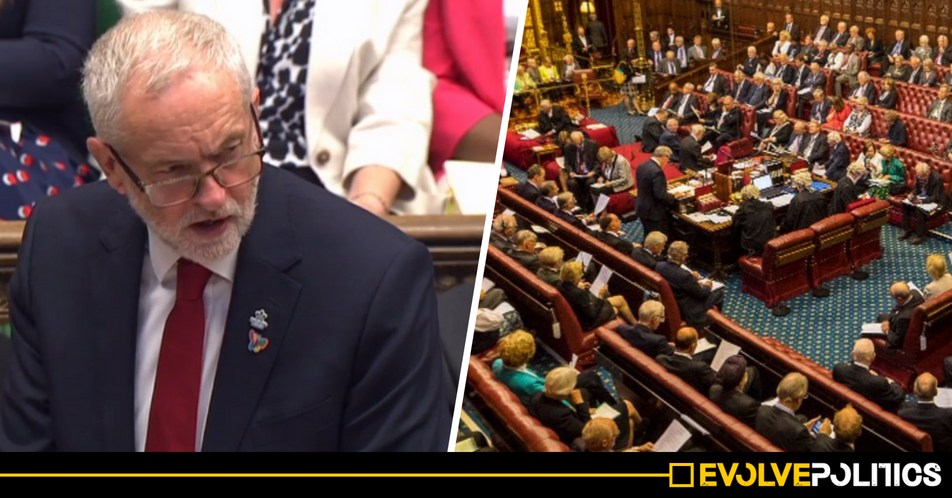 Labour leader Jeremy Corbyn has now gone far beyond any of his previous promises around House of Lords reform and committed emphatically to the abolition of the House of Lords, and its replacement with an elected second chamber in the event of a Labour Government.

In comments that echo the feelings of a great many Britons, Corbyn’s spokesman called the House of Lords an “undemocratic anachronism in the 21st century”.

Since the passing of the Life Peerages Act 1958, which created the ability for the appointment of peers to sit in the House of Lords for life, the number of hereditary peers has diminished sharply – even as the number of life peers has exploded.

The House of Lords Act 1999, passed under a Labour government, removed the rights of hereditary peers. Now, out of nearly 800 peers in Parliament’s second chamber, the majority are appointed; with a few hereditary outliers.

Nonetheless, the fact of a chamber packed with party appointments leaves it open to be nothing more than a party political battleground rather than an elected house of representatives.

Theresa May had promised previously to end the right of former front-benchers to gain a seat in the House of Lords, yet recently she appointed nine new Lords including former Tory MPs Eric Pickles and Peter Lilley. She justified their appointment on the basis of having people from all walks of life.

This follows on from the recent Burns Report, which was aimed at reducing the size of the House of Lords. It proposed fixed terms of 15 years and a reduction in the size of the chamber from around 800 to 600.

Previously, Corbyn had expressed support for the abolition of the House of Lords, yet said that in the mean time the priority would be reduction of its size.

But now, the promise from the Labour leader’s office today is a step up in commitment. From his spokesman:

“Jeremy has made clear we want to see the abolition of the House of Lords and its replacement with an elected second chamber and that is well past overdue. It’s a basic democratic reform, it must take place.

[…] The commitment is clear […] We’re a democratic party and we support a democratic constitution. This is a long overdue reform. It’s extremely hard to argue against and people struggle to do so. […] It’s clearly a democratic necessity, Labour has clear positions on these issues and if we’re continuing to participate in the House of Lords, then those people who are brought into the House of Lords by the Labour party need to support those clear democratic changes.”

The announcement is a clear continuation of the staunch republicanism for which the Labour leader has so long stood. It is, as well, a clear recognition of the need to reassert the democratic nature of our constitution.