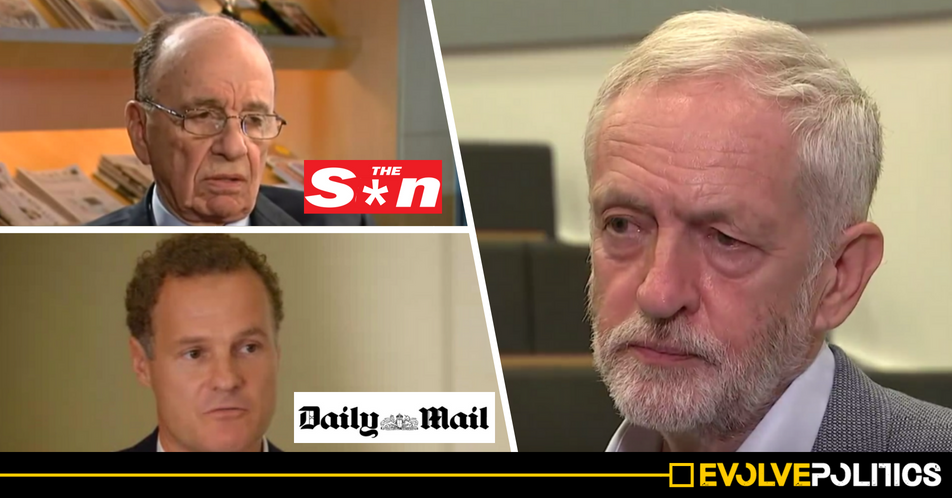 Jeremy Corbyn is set to take on Britan’s entire right-wing media after Labour issued a formal complaint to the Independent Press Standards Organisation (IPSO) about The Daily Mail, The Sun, The Express, The Times, The Telegraph, and The Metro over their coverage of the ongoing Tunis Wreath row.

Labour’s complaint to the Press Regulator centres around two clear points which argue that much of the right-wing media’s coverage of the Wreath Row has been both misleading and factually inaccurate.

Firstly, Labour’s complaint states that Mr Corbyn laid only one Wreath to commemorate the 47 people who were killed in an Israeli airstrike on Tunisia in 1985.

The attack – widely referred to as Operation Wooden Leg – was condemned by leaders across the world, including Margaret Thatcher.

The complaint reportedly goes on to explicitly state that Mr Corbyn did not lay any other wreaths, as has been reported by many right-wing publications.

Secondly, Labour argue that much of the coverage has been extremely misleading due to the fact that the Terrorists who carried out the Munich massacre are actually buried in Libya not Tunisia.

Many headlines reporting the row have simply referred to the graves of the four Palestinian Liberation Organisation (PLO) officers who are buried in the Tunis cemetery as ‘Munich Terrorists”.

The four men – Salah Khalaf, Hayel Abdel-Hamid, Fakhri al-Omari, and Atef Bseiso – were accused by Israel of being involved in the planning of the Munich Massacre, but the PLO have always denied the allegations.

Of the 8 terrorists listed above who perpetrated the atrocity, NONE are buried at the cemetery in Tunis that Corbyn visited:

As reported by The Daily Mail in their article smearing Jeremy Corbyn’s attendance at the wreath-laying ceremony at the Hamman Chott Cemetery in Tunis, the graves lining the cemetery canopy contained the bodies of:

The four individuals above are alleged to have had links to Black September, and have also been accused of having involvement in the planning of the attack – accusations which have long been denied.

However, the four men were categorically NOT the terrorists who perpetrated the Munich atrocity, as has been widely suggested by many mainstream media pundits and, most notably, the Israeli Prime Minister Benjamin Netanyahu last night.

IPSO have acknowledged Labour’s complaint and has said it will consider the case further.

The six publications name in the complaint have been informed, and depending on the outcome of their own internal investigations into the matter, prominent corrections and apologies could be offered as a means of resolving the dispute.

However, should Labour reject any offers from the publications, a full inquiry would then take place where IPSO will be tasked with making the final decision as to what action each publication needs to take to resolve the matter.

The move by Mr Corbyn’s team to report essentially the entire right-wing media to the Press Regulator over negative coverage is unprecedented, but should IPSO rule in favour of the Labour leader, all six publications could be forced to print grovelling front page apologies to Jeremy Corbyn, thus vindicating the decision.