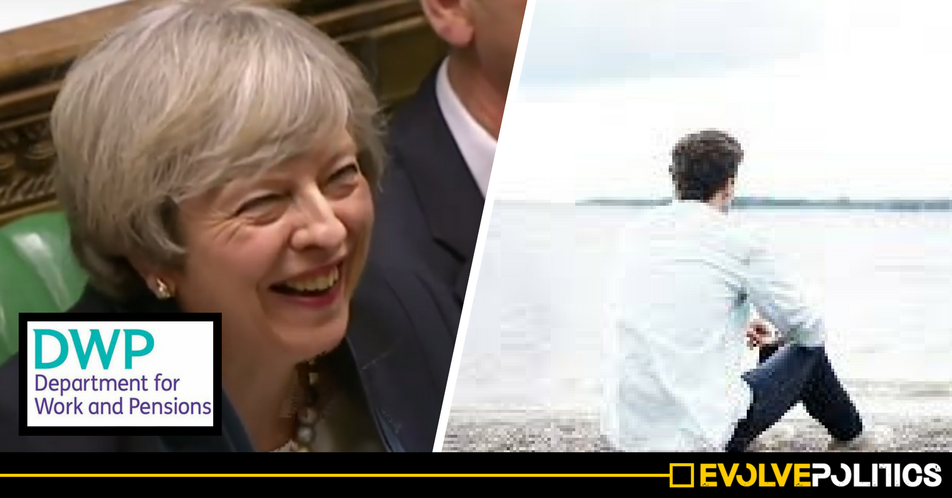 A man declared ‘fit for work’ by the Department for Work and Pensions (DWP), despite suffering with extreme anxiety, stress and panic attacks for nine years, has been found dead on a beach after his sickness benefits were removed.

Following the removal of his benefits, 54-year-old David Metcalf was visited by police and a mental health practitioner after concerns for his well being were raised.

Just four days later he was found dead on a Durham beach.

The coroner ruled that Mr Metcalf had died ‘as a result of immersion in water, but it was not clear whether he came to be in the sea deliberately or by accident’.

“He said he was frustrated and upset and thought ‘What’s the point?'”

In a heart wrenching report, the Hartlepool Mail said that Mr Metcalf was described as a ‘somewhat solitary individual’ who only had one acquaintance, a local garage owner. Mr Metcalf had given the garage owner his car keys and bank documents, saying he would no longer need them. Concerned for Mr Metcalf’s wellbeing, he alerted the police.

David was signed off sick for nine years due to anxiety, stress and panic attacks.

He has recently been deemed fit for work and told he would need to go to the JobCentre to claim Jobseeker’s Allowance.

He said he was frustrated and upset and thought ‘What’s the point?’

He feels he needs someone to go with him to the JobCentre so they can sort this out for him.

He feels frustrated at having his benefits stopped and finds it difficult to communicate with staff at the JobCentre.

However, Mr Metcalf denied that he had any intention of harming himself and ‘displayed no signs of major mental illness’.

“The suicide conclusion is not available”

Mr Metcalf was found still dressed in a jumper, coat and gloves, however he was not wearing any socks or underwear. Detective Sergeant Gary Davison described this as ‘not necessarily unusual for someone like Mr Metcalf’.

I simply cannot come to the conclusion beyond reasonable doubt that he intended to kill himself and, therefore, the suicide conclusion is not available.

Despite the best efforts of the police, there is no conclusive evidence as to how Mr Metcalf came to be in the sea.

Accordingly, and I say this with regret, but this is an inquest that must record an open conclusion and that is what it will do.

Between 2011 and 2014, DWP statistics revealed that 2,380 people died shortly after being declared for work. There is clearly an ongoing problem with the way DWP are assessing benefits claimants. There are even claims coming to light of assessors ‘lying’ in the reports that lead to people losing benefits.

Mr Metcalf’s tragic story is both heart breaking and eye opening. Faced with robotic assessments and often shunned by society, vulnerable people are being pushed into isolation and not receiving the help they so desperately need and deserve.

If you or someone you know is showing signs of being unable to cope, do not be afraid to act: