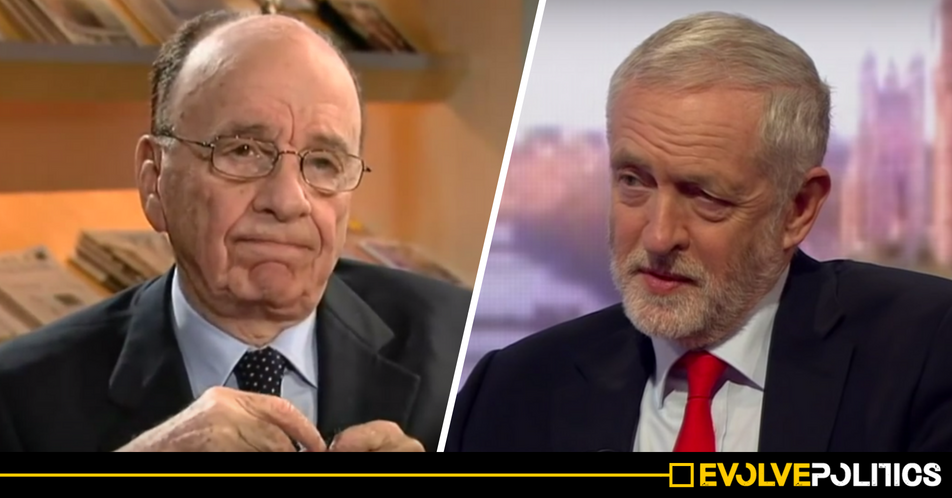 The Murdoch-owned press is famous for its emblematic ignorance of inconvenient facts that might otherwise get in the way of a good story. And their latest anti-Corbyn smear – which shamefully attempts to claim that the former leader of the Ku Klux Klan, David Duke, is a massive supporter of the Labour leader – has, unsurprisingly, managed to do just this by conveniently omitting a whole host of contrarian truths.

Yesterday evening, The Times newspaper claimed to have ‘unearthed’ quotes from 2015 in which the former Grand Wizard of the Ku Klux Klan appeared to praise Jeremy Corbyn’s election as Labour leader.

According to The Times:

“A white supremacist and former grand wizard of the Ku Klux Klan praised the election of Jeremy Corbyn to the Labour leadership as a sign that people were recognising “Zionist power” and “Jewish establishment power”.

David Duke, who led a branch of the KKK based in Louisiana in the 1970s, told listeners to his radio show in 2015: “It’s a really good kind of evolutionary thing, isn’t it, when people are beginning to recognise Zionist power and ultimately the Jewish establishment power in Britain and in the western world.” ”

A Labour Party spokesman said: “Of course Jeremy completely rejects David Duke’s racist hatred.” Mr Corbyn has previously said that Mr Thring was “not someone I would choose to have on a platform” https://t.co/Pr5Tn13QyW

Firstly, The Times’ claim to have only just ‘unearthed’ the quotes displays a hilarious lack of actual research, owing to the fact that another Murdoch-owned rag, The Sun, literally reported the same quotes in a similar anti-Corbyn smear article a full year ago in 2017.

Secondly, Duke actually hates Jeremy Corbyn’s stance on pretty much everything, given the fact that he has previously labelled the Labour leader “Marxist filth”:

Duke has also previously branded Corbyn “anti-White” and an “enemy of the working class“, in a tweet depicting the Labour leader as a Communist and warning against Britain voting for him to become Prime Minister:

God help the U.K. if this anti-White Marxist is … selected. Unfortunately, when it's all said and done, Theresa May, may be just as bad. pic.twitter.com/ppGDaUvQBc

Furthermore, the Murdoch-owned rag also fails to mention the fact that David Duke is literally a massive supporter of a certain White Supremacist neo-Nazi, Steve Bannon – the very man who three top Tories have just been exposed holding secret meetings with.

Mr. Trump’s appointment of Bannon, Flynn and Sessions are the first steps in the project of taking America back.https://t.co/Yn2gJ8LtUf

And it isn’t just the right-wing press who have decided to ignore the story that government MPs Boris Johnson, Michael Gove and Jacob Rees-Mogg have been seeking advice from arguably the world’s most high-profile racist, the BBC have been eerily silent on what should be an absolutely huge story.

However, as we can see with the relentless campaign to brand a man who has literally spent his entire life campaigning against racism as a secret racist, the British media have completely discarded any kind of objectivity in favour of pursuing a disgusting smear-campaign that, ironically, wouldn’t look out of place coming from the media outlets of a one-party state such as Communist China.