Home UK News Brexit Once Brexit is finally done and dusted, the Tories will be electorally... 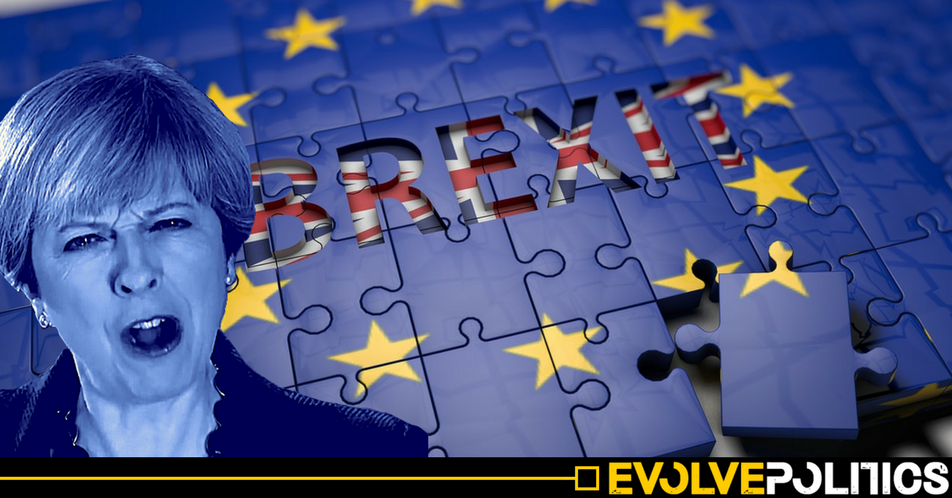 Let’s imagine for a moment that Brexit was all done and dusted – that Britain had finally paid its dues and freed itself from the clutches of EU bureaucracy, free to forge its own new path in the world.

The vote to leave the EU, like so many of the recent logic-defying political earthquakes, was undoubtedly all about change. And, for a large proportion of the 52% that voted to leave, simply leaving the EU – in whatever means necessary – will provide them with political closure. Essentially, after we leave the EU, there will be no other scapegoat.

Without Brexit dominating the minds of a large section of the British electorate, the political consensus would be forged purely on domestic policy – and, if this was the case right now, the Tories would be electorally obliterated.

Not only are the Tories completely devoid of any original ideas or direction, they are also on the verge of losing the economic authority they wrangled away from Labour in the aftermath of the 2008 financial crash.

The Tories used the panic created by the sub-prime mortgage crisis and pinned the blame squarely on Labour’s spending. Despite the fact it was a global crash caused by the systemic failure to curb greed and a culture of high-risk gambling in the banking sector – a failure seen throughout neoliberal economies – the electorate was completely taken in by the Tories’ duplicitous narrative. People were struggling financially, and Labour were in charge when it happened. The Tories pounced on the blame-game and never looked back.

The last seven years of deeply painful austerity have been enabled by the public’s willingness to accept a flagrant Tory myth – a naive willingness catalysed by a palpable collapse in trust – not in our failing hyper-capitalist system, or in the failure to regulate it – but squarely in the Labour Party itself.

This same lack of trust in the Labour party can still be found with Brexit. Huge numbers of Brexiteers really do believe that Labour simply wouldn’t go through with it – that they would renege on the result of the referendum and attempt to remain in the EU.

In 1983, with the political narrative stagnating and ideas drying up on both sides, Margaret Thatcher’s revolutionary leadership promised change for the electorate. 14 years later and it was Tony Blair promising to change things for the British public. Then came the financial crash – a crisis which demanded real political change. However, with a centrist political consensus dominating all three major parties at the time, there was no change candidate to choose from. The policies contained in the manifestos of David Cameron, Ed Miliband and Nick Clegg could not have been less inspiring to the British public. At a time when the public was desperately crying out for a new way – a political revolution that would give new direction in the same way that Thatcher and Blair changed the face of Britain – there was nothing forthcoming.

David Cameron’s manifesto promise to hold a referendum on Britain’s membership of the European Union – a capitulation to the recent rise of UKIP  – was arguably the sole reason the Tories managed to improve their polling to gain a majority in the 2015 General Election. It was no longer a politician providing the prospect of change to a large section of the British public, it was the impending prospect of leaving the EU.

And now, with Britain having voted to leave, and with both political parties committed to honouring this democratic decision, the British public finally had the prospect of change they were desperately seeking. For many Brexiteers, their only current political motivation is to vote for the party who are promising to leave the EU as quickly as possible, with total disregard for any other policies. And for this large section of brazenly optimistic Brexiteers, the Tories are the ones promising to get us out quicker than anybody else. It really is as simple and as face-palmingly depressing as that.

And once we finally reach this promised land of independence, and with nobody else to blame for the inequality and injustices created by our inherently greed-enabling neo-liberal system, the British public will finally be forced to shift their focus to domestic policy – leaving absolutely no hiding place for a ridiculously policy-light Tory party.

The Conservative party know that they’re staring an electoral apocalypse in the face. Our membership of the EU was a handy go-to scapegoat to blame whenever they needed a distraction, and with nobody else to blame for the failures of government, the Tories need to start thinking about popular policies or face obliteration.

However, unless they are willing to give up on Thatcher’s inherently inequality-perpetuating neo-liberal doctrine, the Tories really don’t have much wiggle-room to improvise on policy. Their current foray into free-market regulation has seem them adopt a policy that the Tory-supporting right-wing media were calling ‘Marxist’ just two years ago. Theresa May’s adoption of the energy price cap is but a desperate attempt to stem the tide of support flowing towards Labour’s truly radical policies. It’s essentially a useless gimmick that won’t persuade anybody to vote Tory, and will only serve to enrage those who still advocate Thatcher’s regulation-hating neo-liberal dogma.

Why not try this simple way to test out our theory for yourself:

The next time you’re speaking to a Conservative, or arguing with a desperately ideological Tory-voter online, simply ask them the following question:

Aside from anything related to Brexit, what is your favourite Conservative policy?

All this goes to show that – unless they start coming up with some radical ideas of their own pretty sharpish – the Tories, once Brexit is done and dusted, will be as good as toast.