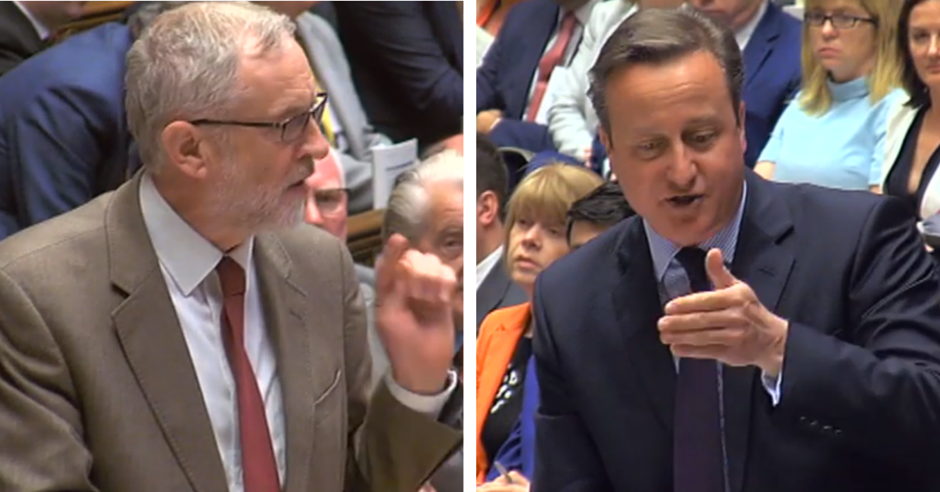 George Osborne announced in March’s Budget that all state-run schools will be forced to become academies by 2020. Apparently, this is a fantabulous idea and will make all schools so much better.

During today’s PMQs, Jeremy Corbyn chose to attack the Prime Minster over the Tories’ controversial academy plans with all six of his allotted questions, showing how deep concerns are over these plans. Cameron, as ever, defended the plans with a carefully choreographed pre-rehearsed script of misleading statistics and conjecture, without fully answering a single question.

When Corbyn asked the PM why even good and outstanding schools were being forced to become academies, even if headteachers objected, Cameron said:

we want schools to be run by headteachers, not by bureaucrats. That is why we support this policy.

There is a big difference between ‘supporting’ and forcing it upon someone, something that Health Secretary Jeremy Hunt knows only too well. He has constantly told Junior Doctors that due to the break down in negotiations, the new work contract (which could put patients’ lives at risk) will be imposed upon them, but now he is merely going to ‘introduce’ the contract.

The PM finished by saying that it was now time to “finish the job”. Like a mafia don, Cameron is forcing the education system into a corner and is leaving his cronies to finish the job. Here he has shown his true colours – his Government don’t support the public sector even if things are working, they simply follow their own agendas to force their own ideologies through, turning a blind eye to evidence and reason.

This week two primary school headteachers have already resigned over the Conservatives’ plans to shake-up the education system. Jeremy Gargan, who is the headteacher for Aycliffe Village Primary School in County Durham, accused the Government of “set[ting] up to fail” with work that is too tough for young pupils, and also stated that schools are becoming exam factories.

Similarly, Kit Messenger, head of Manor Field Primary School in Sussex, is resigning as she feels students are being ‘factory farmed’ – pupils are prepared for tests, and not for later life. In a letter to parents, Ms Messenger also heeds a warning over the academy plans – she believes that “all children [should] have access to a good, rounded education system […] I do not believe that this will be possible under our progressively fragmented education system.”

Teachers and students are over-worked, stressed and unhappy. Education isn’t just about learning what could be on a test, but the Conservatives seem so focused on ensuring that the education system dies a slow and painful death. Cameron’s hands are round its throat, and he’s slowly tightening his grip.