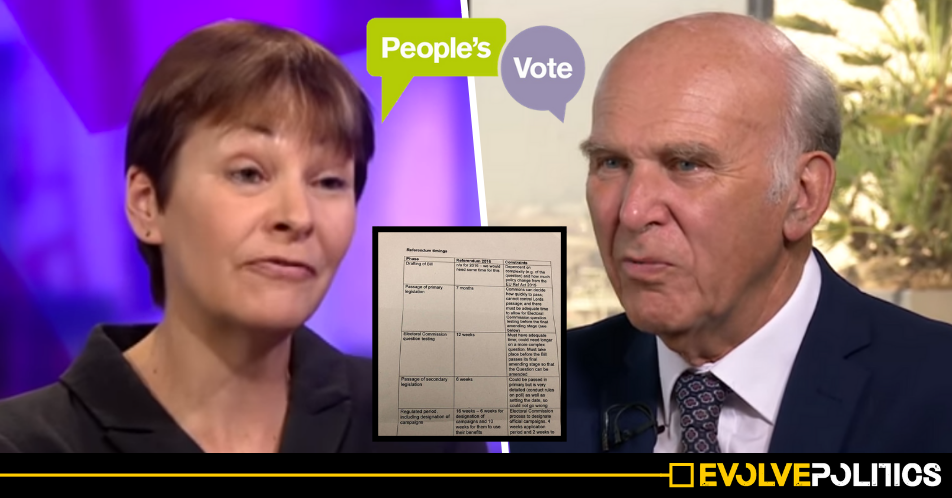 A second Brexit referendum would take another full year to pass through Parliament and organise, leading to at least another 12 months of Brexit uncertainty and chaos, a new leaked piece of government advice has confirmed.

The guidance, which was handed to MPs by the de-facto Deputy Prime Minister, David Lidington, during cross-party talks yesterday, shows that new legislation for a second Brexit referendum would take 7 months to pass through Parliament alone.

The document then goes on to explain that a further 12 weeks would need to be allowed for the Electoral Commission to test the question for fairness.

After this, secondary legislation – which would set the date and rules of any second public vote – would eat up another 6 weeks.

And then, when all of this is finally completed, a further 10 weeks would then need to be designated – at the very least – for both sides to conduct their official public campaigns. 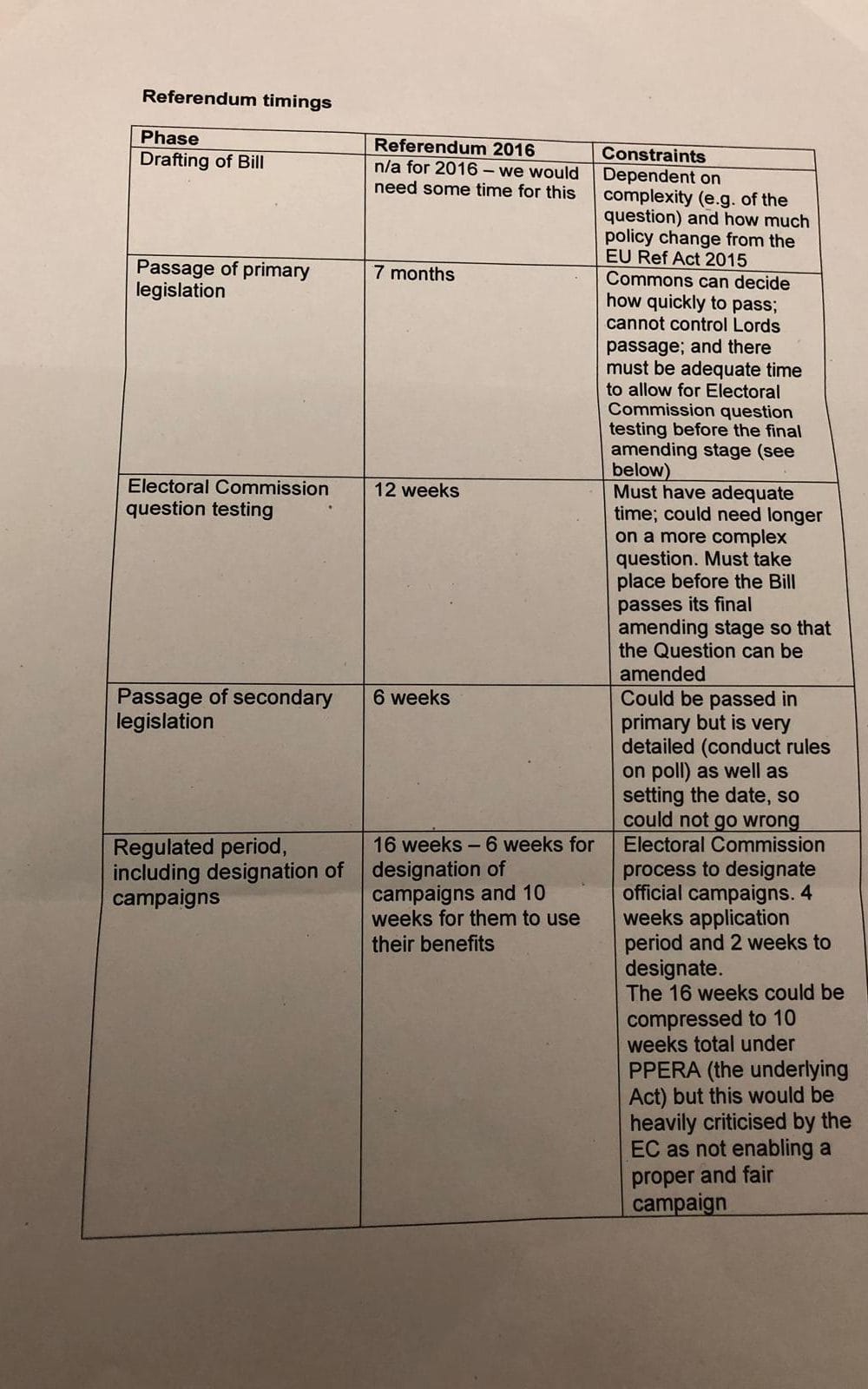 With the official guidance showing that the time frame for a second public vote would mean that both the public and British businesses would have to endure at least another full year of Brexit chaos and uncertainty, the news will come as a crushing blow to the People’s Vote campaign.

Furthermore, in another blow to the campaign, the document is based on a second Brexit referendum being able to command the support of a majority of MPs in Parliament – which, without a General Election to alter the Parliamentary maths, it currently wouldnt.

The People’s Vote campaign have spent the last two years attempting to pressure the Labour leadership into supporting a second public Brexit vote, but even if the they were able to change Labour’s stance, the idea still wouldn’t be able to command a majority of support amongst MPs.

Labour have several MPs who are Brexiteers themselves and who would not support a second Brexit referendum, and a huge chunk of Labour’s front bench are rumoured to be vehemently opposed to a second referendum, and would almost certainly resign their positions so they could vote against such a bill in Parliament.

In addition to these numerous problems, any question for a second Brexit referendum would be chosen by the sitting government – meaning that, unless a General Election is held first, Theresa May would essentially get to choose what the public are asked.

Given the Prime Minister’s extremely uncompromising stance on the issue, this would almost certainly mean that the option to Remain in the European Union is excluded from the ballot.

Therefore, if the People’s Vote campaign really are serious about wanting a second public vote on the issue, they will first need Labour to win a General Election.

However, the leader of the Liberal Democrats, Vince Cable, yesterday confirmed that his party would not be supporting any further motions of no confidence against Theresa May’s government in protest at Labour’s refusal to back a second vote – making the prospect of a General Election now virtually impossible.