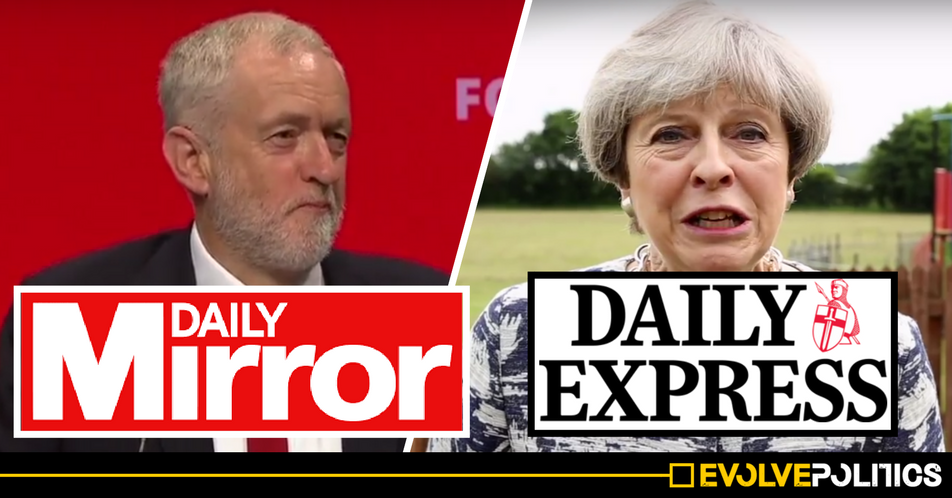 Readers of the notoriously pro-Brexit, pro-Tory, anti-immigrant, far-right Daily Express newspaper could be about to notice a slight change to their favoured poverty-porn-pushing publication in the coming months.

The Trinity Mirror group also own the ardently pro-Labour publications the Manchester Evening News and the Liverpool Echo.

The mooted deal would almost certainly see both ardently pro-Brexit publications, pro-Tory publications switch their allegiance to the Labour Party should the takeover go through.

Sky sources also say that the deal could be worth an estimated £127m, and may be completed as early as Friday next week.

The deal, if completed, could signal a significant left-ward shift in the political allegiances of Britain’s mainstream media.

The current owner of both The Express and The Daily Star, Richard Desmond, has embarked on severe cost-cutting exercise in recent years, including slashing the number of staff and implementing pay-freezes for all workers for nine years.

Right-wing publications such as The Express and The Sun have cited ‘sharply declining advertising revenues’ for their recent financial woes, and campaigns such as that run by Stop Funding Hate have succeeded in turning public opinion against companies who choose to advertise in publications that peddle hate and division in order to boost sales and further their political agenda.

Desmond, who once reportedly told his Express executives to sing “Deutschland über Alles” and made “sieg heil” salutes during a board meeting, is estimated to be worth £2.5Bn, and the sale of his Express Newspapers firm – who also own OK! magazine – would almost certainly signal the end of his controversial 43-year publishing career.

It was also reported that in the same board meeting, Desmond:

launched an extraordinary tirade against Telegraph bosses at a meeting of their joint venture print works, hurling a string of abuse and goosestepping around a boardroom in mockery of a German newspaper group’s bid for the paper.

Desmond’s personal anti-foreigner sentiments have been regularly displayed in the editorial line of The Express, who have become notorious purveyors of anti-immigrant rhetoric in recent years.

However, regular readers of the publication could be left spluttering into their cornflakes at the newspaper’s potentially-imminent change of editorial direction, should Trinity Mirror complete their takeover in the coming weeks.