Home UK News Brexit The S*n was just forced to make a MASSIVE 11-paragraph apology for... 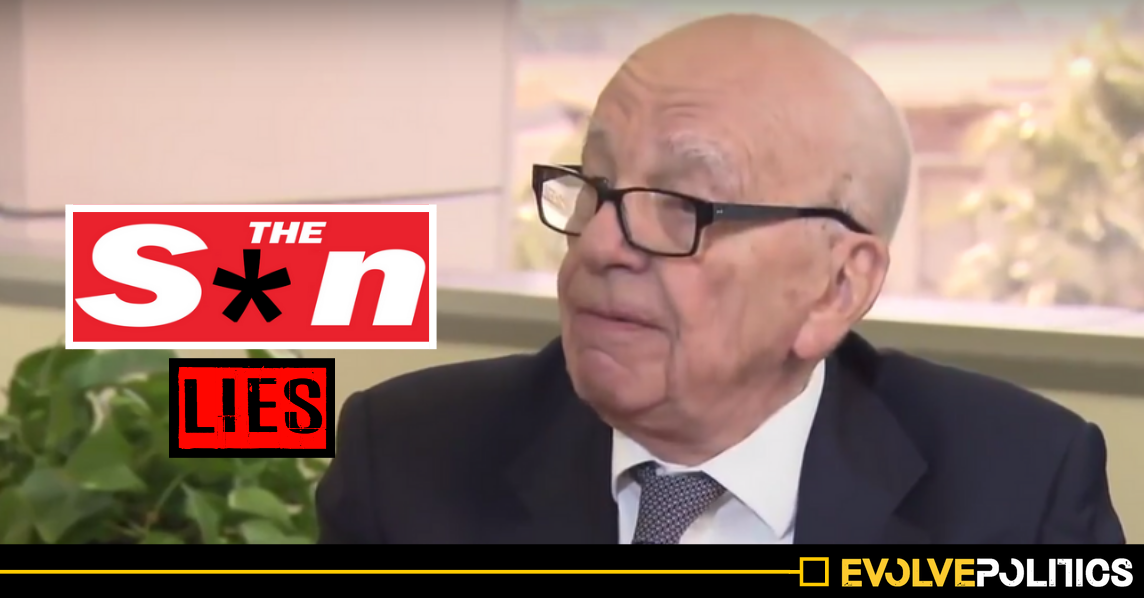 The Murdoch-owned S*n isn’t exactly renowned for being entirely trustworthy at the best of times – but the grovelling apology they were forced to make today may well have broken some kind of record, even for them.

Earlier this month Evolve reported how the Murdoch-rag had published an article proclaiming the supposed incredible windfall of savings ordinary Brits could expect to make on goods and groceries after Britain left the EU.

“Twenty cigarettes for £4.54 after Brexit, rather than the current £10.70? Bargains on mozzarella and trainers? It all sounds rather ridiculous, but according to the Sun that’s what we can look forward to after Brexit – provided we follow the Murdoch rag’s advice and ‘reject Jeremy Corbyn’s plans’ to stay in the Customs Union, of course.

Under the heading of ‘Vote for Bargains’,  the Sun article gave examples of all the money we would supposedly save once we reach the nirvana of a hard Brexit. And not just on cigarettes; we’d also get Nike Air trainers for £99 and ‘mozzarella-type cheese’ (which sounds a little, well, European) for just 81p, whilst that butter will only cost us £1.

However, if you’re excitedly looking for the article online to see what other bargains you’ll be able to bag, don’t bother. You’ll only get a page saying ‘Whoops! We can’t seem to find what you’re looking for.’”

The Sun has now deleted this work of fiction from its website. The lie has been seen in print by millions. The new URL says it all (h/t @SAshworthHayes) pic.twitter.com/iFG10arMOn

And the ever-brilliant Another Angry Voice published a forensic evisceration of the article, detailing exactly why the author of the piece wouldn’t be able to pass a Maths test for infants based on the evidence:


But now, despite trying to hide the evidence of their utter pack of lies by swiftly deleting the article after realising that it was so easily disprovable, The S*n have been forced to make an astounding 11-paragraph apology!

And, precisely as Another Angry Voice and Evolve had predicted, The S*n’s apology clarifies that:

“AN article, ‘Vote for bargains’ (27 Feb) described the potential savings on a number of goods, if EU tariffs were removed after Brexit.

Unfortunately, we made our calculations on retail prices, when tariffs are actually applied when goods arrive in the UK.

For example, we said that savings on Nike Air Trainers would be £20.40, but savings would actually be closer to £7.50.

There were also mistakes in the calculations for individual items.

For example, saving on a £2 pack of butter was given as £1, but the tariff is about 42p per pack.

Savings on an LG flatscreen TV was given as £44, but there’s an EU free trade agreement with South Korea, so there is no tariff.

Leaving the Customs Union would not necessarily directly result in any savings on cigarettes and not £4.54 as stated.

Savings on cherry tomatoes was given as 21p, but almost all EU imports of tomatoes come from Morocco, which has a preferential arrangement with the EU.

The article also stated that we pay trade charges on more than 13,000 items from outside the EU.

In fact, for many of these goods, no tariffs or charges are payable.”

Almost a month after printing an outrageous pack of lies about tariffs and the Customs Union, the S*n have finally issued a correction.

When will @Jacob_Rees_Mogg apologise for sharing these lies?

(my guess is never) pic.twitter.com/K98WoJxUgj

This latest ridiculous apology is just one more reason to prove exactly why nobody should ever look directly at The Sun.