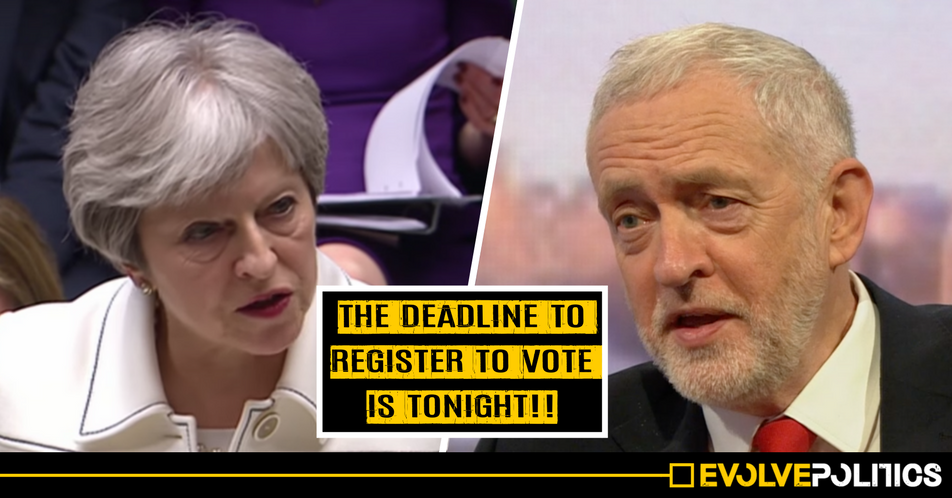 Today, before 23:59, is the last day to register to vote in the local elections on 3 May! You can register here. Hilariously, Jeremy Corbyn has called out the Tories on Twitter for not wanting you to know that fact.

This year, the Tories haven't posted anything about registering to vote.

They don’t want you to vote because they know they've failed you.

This is your chance to send them a message on Thursday 3 May.

In a screen cap caught by the Leader of the Opposition, which shows the results of a search for the phrase, ‘register to vote’ on the Tories’ Facebook page, it’s clear they haven’t posted anything about registering since 2016!

A brief search of the latest tweets on the Tory Twitter page shows a similar lack of calls to register.

Indeed, the Tories on their Facebook call for people to vote for them on 3 May, but they don’t mention registering generally whatsoever.

It might seem surprising that the party in Government wouldn’t be doing more to ensure their populace are informed of the need to participate in a vital part of this country’s democratic mechanisms. That is, until you realise that the Tories’ prospects of an overall majority were decimated at the last General Election precisely because of a massive influx of young people registering to vote for the first time.

It’s thought that the rush of hundreds of thousands of young voters to register prior to the General Election squeezed the Tories out of six hotly contested seats at the least, and forced them in to dodgy dealings with the DUP.

With that in mind, it’s perhaps not surprising that the Tories aren’t over eager to invite more of the myriad young people cascading through social media to register to vote. At this stage, it’s all about damage control.

Remember, the Tories may not want you to, but we do – register to vote by 11:59 tonight so that you can have your say on 3 May!