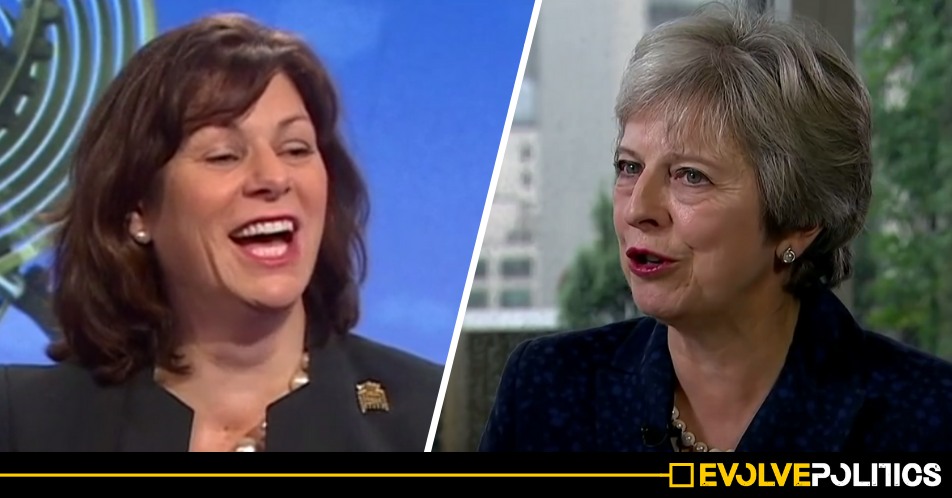 The Conservative Party’s Energy Minister, Claire Perry, has revealed that safety regulations which are currently in place to suspend fracking operations if earthquakes are triggered could soon be majorly relaxed as the UK government looks to expand the country’s dependency on the controversial process of extracting shale gas.

Perry’s comments were made in a letter to the fellow pro-fracking Conservative MP for Thirsk and Malton, Kevin Hollingrake, whose own constituency is being used as a site for several prospective fracking wells.

The letter was uncovered by Greenpeace’s investigative unit, Unearthed, and has unsurprisingly caused significant concern.

Fracking safety regulations came into play in 2011 after a series of exploratory drilling operations caused earth tremors of magnitudes 1.5 and 2.3 near Blackpool.

The rules currently state that any seismic activity above a 0.5 magnitude on the Richter Scale means that operations are immediately halted. But, as the Tories plan to expand their fracking operations, these precautions could be lifted to allow fracking to continue even if full-scale surface-level earthquakes are triggered.

In the letter, Perry claimed that the current regulations were set at an “explicitly cautious level“ despite being brought in to prevent further earthquakes, before going on to state that “the trigger levels can be adjusted upwards without compromising the effectiveness of the controls”.

The extent to which the damage fracking causes is yet to be fully understood, but earth tremors are just one of the provable side effects of the hydraulic fracturing process.

The energy-intensive process of fracking also causes contamination to water supplies, chemical pollution, and general damage to the environment.

Relaxing the rules in the full knowledge that full-scale earthquakes could be a result shows that the Tories are not taking the potentially devastating environmental consequences of the process seriously.

Furthermore, following on from the damning report by the UN Intergovernmental Panel on Climate Change (IPCC) earlier this week, the Tories seem entirely unfazed by signalling their intent to embark on new ways in which to increase carbon emissions and potentially harm communities and habitats through carelessly-caused seismic activity.

The report stated that catastrophic changes will occur throughout the world, and in all aspects of society in just 12 years, if governments globally didn’t take urgent actions to limit environmentally harmful behaviour.

Despite a last-minute legal challenge, fracking is expected to begin at the Preston New Road site in Lanchashire by Cuadrilla. They were slammed in 2011 as the boss, Lord Browne, was revealed to have ties to the coalition government, who helped rush through his plans for fracking.

Should the fracking in Preston result in any seismic activity greater than a magnitude 0.5, the process will be halted and the process delayed. But, scrapping this regulations could give firms like Cuadrilla free rein to frack across the country.

The regulations are likely to be just the tip of the iceberg of the safety regulations that will be scrapped when the UK formalises its divorce from the EU. But the possibility of a No-Deal Brexit could spark further concerns for the environment, following on from Environment Secretary Michael Gove’s fringe speech at the Tory conference in September.

Gove stated that he wasn’t worried about a No-Deal Brexit in terms of the UK limiting carbon emissions and attempting to limit the damage of climate change. Instead, he claimed that Britain could sufficiently decide what they would do about the environment themselves. Should the No-Deal go ahead, it seems that the Tory government will choose to increase their plans for fracking for shale gas instead of looking to limit carbon emissions.

With the Tory government seemingly hellbent on increasing our dependency on fossil fuels – despite the affordability and abundance of renewable alternatives – the UK looks like it will continue to heat up. It seems that global environmental concern, as well as local safety, will now only be collateral damage in the Tory government’s future.