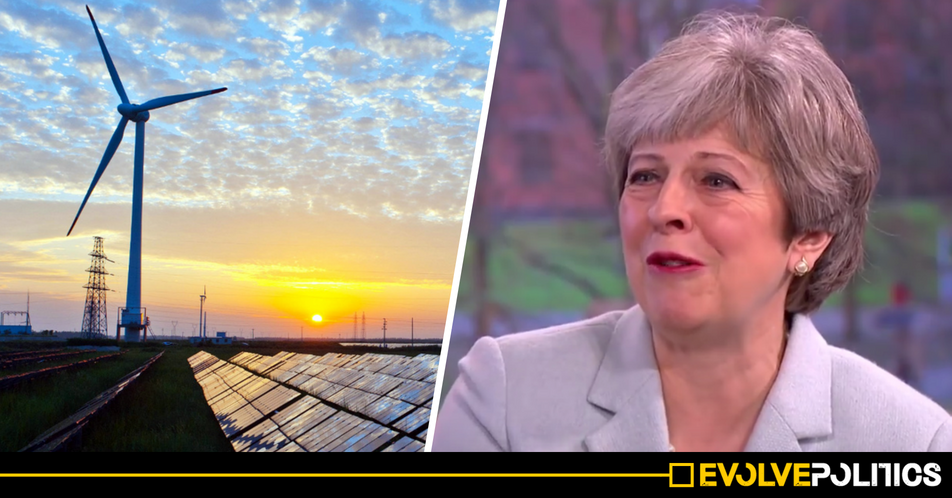 The future lies in sustainable energies. That is a truth now near-universally acknowledged. There are no prospects for a planet plundered by fossil fuel prospectors. Perhaps someone should tell the Tories though – because since 2015, there has been a stark decline in this Government’s investment in green energy in the UK.

This comes when, for the first time, the first quarter of 2018 saw more energy generated from Britain’s wind farms than from its nuclear power stations.

Inevitable result of government cutting back on support mechanisms. Further undermines claims to be a world leader in the low carbon space. https://t.co/pV0J6JeMyB

Wind is cheap, it is domestically generated and harnessing it doesn’t necessitate destroying the planet. Now, it is on the verge of proving more fundamental to our energy infrastructure than potentially devastating nuclear power plants.

“At one point overnight on 17 March, wind turbines briefly provided almost half of the UK’s electricity. Wind power helped during the cold snaps, too, supplying 12-43% of electricity during the six subzero days in the first three months of the year.”

It’s not only wind. Solar and wind together provided more energy for this country in the final three months of 2017.

Yet in the face of a gestating industry, one for which Britain has the climate and the potential to lead the world; one that represents the future not only of this nation but of the planet, the Tories are doing all they can to strangle it.

The Green Investment Bank, set up in 2012, was supposed to be a vehicle by which green energy projects could be funded and managed. The Tories privatised it. Sold it off to an Australian Bank.

The onshore Renewable Obligation, which caused electricity suppliers to have to source their electricity from sustainable sources and which saw power generated from low-carbon energy rise from 1.3% in 2002 (the year of its implementation) to around 23% in 2017? The Tories closed it prematurely.

The Tories also scrapped a zero carbon homes policy, which was due in 2016. They removed a levy exemption from renewable energies and reduced feed-in tariffs for small-scale renewable generation. On top of that? They got rid of a £1bn competition to create a carbon capture and storage plant to remove carbon dioxide from gas plants.

Investment in green energy has halved under the Tories – it has fallen more than for any other country. At the same time, worldwide spending on renewables has risen 3%.

On top of that, renewable investment is projected to fall by 95% over the next two years and the Tories are putting this country at risk of not meeting its emissions targets.

Meanwhile, fossil fuel companies get billions of pounds in investment and subsidies.

Britain’s reliance on green energies is inevitable. Since 2010, the amount of energy generated by wind farms has done nothing but rise.

But to have a Government that continues to ignore the sector by destroying its financial support and propping up fossil fuel is insane.

Britain is an island beset by tides ripe for harnessing, battered by winter winds that could power our nation and, in the summer months, warmed by a halcyon sun ready to be welcomed by the upturned faces of solar panels. We have the geographical potential and the scientific potential. All we lack is the political will.