The Tories have never exactly been a party to ignite passion or draw the youth to the barricades. But, at the General Election, the Tories really were the party of beige certainty.

It wasn’t fun, but they assured us you could trust that they were probably right. It may not have been sexy, but they tried convincing us that monotony and perpetual suffering were probably in everyone’s best interests.

Labour were the hopeful, yet naive option. The Tories portrayed themselves as the realistic, sensible prospect.

Then, in reality, they really, really weren’t.

It’s been a torrid time for the silly fools. Where before the party could speak down to the proletariat and trust that they wouldn’t speak back, the internet has changed that.

The thing is, the Tories have misread exactly how the internet would change things.

For instance, when the Tories (and the Lib Dems) hiked yearly University tuition fees to £9,000, the internet allowed rage and righteous venom to spread like wildfire. As could new solutions – and discovering those new solutions also became easier thanks to social media.

Ironically, for a man whose hobbies include wearing jumpers his mum knitted and growing courgettes, Jeremy Corbyn became the first true leader of the internet age. 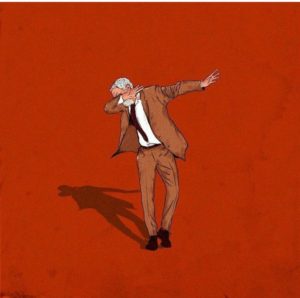 His popularity gestated and subsequently avalanched on the internet, spread through memes and independent media.

What the Tories still haven’t understood, however, is that it was not because of the memes that Corbyn gained his popularity – they were simply the conduit.

Corbyn gained his popularity because the instant communication the internet provided meant a huge proportion of younger people were able to quickly and easily find the information necessary to realise that the Tories, far from being the mature choice, were so obviously the wrong choice.

Lazy b*stards though, the youth, aren’t they? All keyboard warriors and internet opinion. But when it comes to the crunch, while their Nan goes down the ballot box, millennials are couped up in their rooms playing the Xbox. Or so the establishment assumed.

The Tories banked on this demographic failing to turn out once again. But, as Big Ben’s bongs struck 10 on June 8th – as with almost everything that’s happened in the last decade – the Tories and their establishment lackeys were proved catastrophically wrong.

So what does a ‘social climber’ with no real personality do when they find themselves alone in the room? Well, they try and copy what the popular kids seems to be doing, don’t they?

So we have Activate: a top-down grassroots youth campaign group. The oxymorons.

Instead of offering anything of any real substance, and instead of offering the hope that Corbyn’s Labour does when it talks of a properly regulated economy, nationalised public services and a Britain that truly works for everyone; they’ve skimmed the shiny gloss off the top and tried to emulate only that.

Momentum was started by the ‘yoof’ only because the ‘yoof’ had researched Corbyn’s policies, found them to be what they actually needed, and thereafter decided to throw their collective weight behind them.

Memes and slick grassroots organisation came along after the youth realised Corbyn was right – the momentum followed the policies much more than the personality.

Of course, the good ol’ Tories haven’t grasped any of this whatsoever. They have neither the foresight nor forethought to devise any beneficial policies, nor present any inspiring personality, that may appeal in any consequential way to any portion of our generation.

Indeed, this is the problem. The Tories need to ‘devise’ policies. They don’t realise that their policies should follow their ideology. And their ideology is done. The youth see neoliberalism for what it is – empty, meaningless; growth for the sake of growth and the destruction of humanity. They don’t like it.

No longer can the Tories stand there and promise continuity and consistency with a couple of policy giveaways when their foundational ideology has crumbled beneath their feet.

So, having nothing; they try to pretend.

Activate tries to appeal to a dusty old Tory conception of youth. It’s been running its #TalkingPolicies ‘campaign’ on Twitter this week, which includes such gems as starter homes, #FlexibleSquaddies and affordable car insurance.

The world is burning and flooding; we have pre-nuclear warheads being fired off the coast of Japan; and everywhere we turn, political establishments are being upended, superceded, and overthrown. But at least the Tories got you covered on the Ford KA, ‘yoof’!

The Tories fail to recognise that in the world of the internet, there are no ‘youth policies’.

When we see climate change happening in real time, the precipice of war and the devastatingly obvious real-world effects of perpetual inequality, everything is now a ‘youth issue’.

So-called Tory Glastonbury didn’t do anything because it wasn’t anything. It was a couple of tents in a back garden with some patronising chatter.

Rather than offering strong policy and true vision in a time of chilling uncertainty, the Tories offered brow-beaten, bone-aching, ideological monotony.

Brexit showed us that Britain wants change, and there’s only one party willing to deliver it. The Tories must really think we’re stupid.