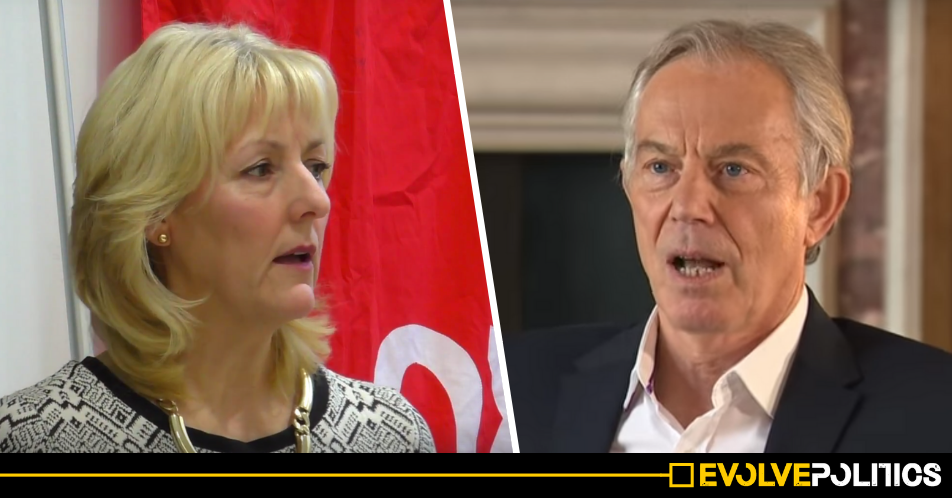 The former Prime Minister, Tony Blair, could be formally expelled from the Labour Party after appearing to brazenly flout party rules by openly endorsing the newly formed Centrist breakaway organisation, The Independent Group.

Speaking in Wahsington on Monday, Blair again denounced the Labour Party’s current direction, claiming that its “membership is in thrall to a populism of the left“, and slammed the party’s long-running feud over antisemitism, stating:

“The running sore of the past two years has been the row over antisemitism with Jewish Labour MPs coming under sustained attack, a truly mind-boggling circumstance for a supposedly progressive political party to find itself in.

“Both manifestations of populism exult in savage denunciation of those who disagree especially within their own ranks.”

But crucially, the former PM then appeared to give his backing to The Independent Group, claiming that “The fightback is under way within the two main parties and outside of them, where last week several MPs defected to form a new political grouping“, and adding:

“These are new times. We need, despite our moderation, to embrace the spirit of insurgency.

“We need new ideas and thinking on policy. Above all, we need to wake up, gird up, stand up and summon up the strength and intelligence to prevail.”

Blair’s apparent endorsement of The Independent Group appears to specifically contravene Chapter 2, Section 4B of the official Labour Party Rulebook, which categorically states that:

“A member of the Party who joins and/ or supports a political organisation other than an official Labour group or other unit of the Party, or supports any candidate who stands against an official Labour candidate, or publicly declares their intent to stand against a Labour candidate, shall automatically be ineligible to be or remain a Party member, subject to the provisions of Chapter 6.I.2 below of the disciplinary rules.”

Furthermore, during the 2016 Labour leadership election between Jeremy Corbyn and Owen Smith – which was held when Iain McNicol, an arch supporter of the Labour right-wing, was still the General Secretary of the party – numerous members and affiliated supporters were expelled from the party for breaking this specific rule.

The so-called ‘Labour purge’ of 2016 became so ridiculous that one member was even reportedly banned for endorsing the American rock band, Foo Fighters, whilst many others were kicked out after historic tweets in support of other parties were unearthed by the seemingly overzeaous former Labour Party General Secretary.

And now, following Blair’s latest anti-Labour and pro-Independent Group tirade, the prominent pro-Corbyn journalist and Labour member, Liam Young, claims to have contacted the party to see if the former PM’s recent endorsement for the Independent Group should also see him expelled, tweeting:

“I’ve written to the Labour Party to ask them to check if the remarks by this Party member breaks our rules. If so – he should be suspended like any other of us would be. The problem with the elite is that they don’t think the rules apply to them. They do.”

I’ve written to the Labour Party to ask them to check if the remarks by this Party member breaks our rules. If so – he should be suspended like any other of us would be. The problem with the elite is that they don’t think the rules apply to them. They do. https://t.co/6u4d9HXgpE

If his recent comments weren’t enough to see him expelled, in the run up to the 2017 General Election the former PM also literally advocated voting for any prospective candidate running on an anti-Brexit stance – including Tories – stating:

“What I’m advocating may mean that. It may mean voting Labour. It may mean, by the way, that they vote Tory, for candidates who are prepared to give this commitment [to stopping Brexit].“

Almost 20,000 people have signed a petition calling on the Labour Party’s current General Secretary, Jennie Formby, to expel both Tony Blair and another prominent Labour member and critic of the current leadership, Peter Mandelson, from the party, with the petition arguing that:

Tony Blair is clearly in breach of the rules of Labour membership, having publicly asked voters to consider voting for Conservative or LibDem candidates in the General Election.

Mr Blair’s comments detailed in the link below plainly fit this description and are unacceptable, especially from such a high profile figure.

His public comments over the last year, and his actions in supporting organisations whose aims clearly conflict with current Labour policy, have served to undermine and damage Labour to the extent that they must constitute bringing the party into disrepute.

Mr Mandelson has stated publicly that he ‘works every day to undermine Jeremy Corbyn’ and has recently hosted, at his home, a meeting of Labour PLP members who have implied they might break away to form a new part – an event held specifically to discuss ways of bringing down their twice democratically elected leader. This is clearly acting against the interests of the Labour Party, and the fact that Mr Mandelson has contrived to make the event publicly known can only serve to create instability during a period when a General Election is looking increasingly likely.

As General Secretary we believe that you have a clear duty to take disciplinary action against both Mr Blair and Mr Mandelson and suspend them from the Party with immediate effect pending an enquiry.

Evolve Politics has contacted The Labour Party for comment. At the time of publishing, no response had been received.