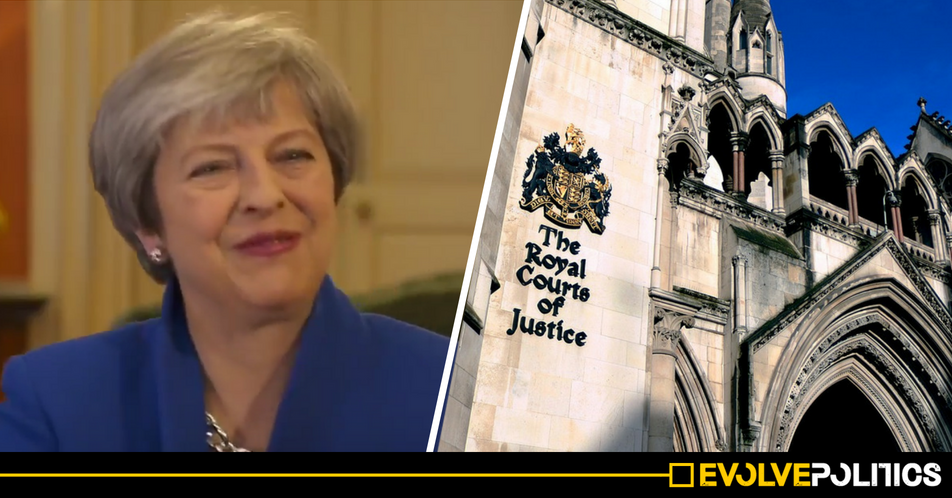 The Ministry of Justice has been caught out lying about the existence of a report detailing the opinions of judges on the devastating effects of Tory austerity and cuts to legal aid on Britain’s lauded, but now decrepit justice system.

Buzzfeed News originally filed a Freedom of Information request with the MoJ for the contents of a report that assessed the impact that the legal aid cuts, carried through under the Legal Aid, Sentencing and Punishment of Offenders Act 2012 (LASPO). In response, the MoJ released a six-page summary of the report, but denied that a full report even existed. Now, they’ve been shown up, and their pants are alight.

Cuts to legal aid are one flank of the artillery assault on British infrastructure which this Tory Government and its predecessor has carried out relentlessly and indiscriminately.

LASPO has seen a scythe swung through legal aid. It has meant that hundreds have been unable to access appropriate legal representation: defendants in criminal trials see their human right to a fair trial threatened and people up and down the country clog the court system by representing themselves – often against sophisticated legal teams.

Legal aid funding fell from around £2.6bn in 2005/06 to around £1.5bn in 2016. It was a welfare reform introduced by the post-war Labour government, and one which ensured that every single person in Britain, from pauper to prince, was capable of defending themselves in court and of achieving justice. It really is the economic beam holding up the rule of law, but the Tories have quietly and systematically hacked at it, to the point where our once-heralded justice system is now threatening complete collapse.

As well as hurting citizens, the cuts hurt legal aid criminal lawyers. A lawyer acting under legal aid is paid by the State, not by their client, and the Tories have been cutting wages to such an extent that shock stories of barristers paying to work are no longer all that shocking. Defence barristers do what they do for the passion. There is no money, and there is no glamour in it. They are serving their country and upholding the rule of law on a day-to-day basis.

Indeed, hundreds of Barristers have effectively gone on strike recently, not taking on legal aid work, because the Tories have cut the amount they are paid to such a massive extent.

The devastation wrought on legal aid has not received as much of the infamy as that wrought on the NHS, or education, or the military. Partly, this is because the justice system is seen either as a vague concept, or a frivolity that we would never need to make use of. It is also, now it seems, because the government has done all they can to conceal the blood and guts spilling from their cuts.

The Ministry of Justice marked a 36-page report on the damage and destruction caused by legal aid cuts, “Do not quote publicly”. The only reason we know? Because it has been leaked. In response to repeated Freedom of Information requests, the MoJ defied a long-held principle by lying that the report didn’t exist.

It is easy to see why. As LawCareers.net states, the report is incredibly damaging:

“The paper provides a stark insight into the human cost of the legal aid cuts and the government’s austerity programme, with judges expressing serious concerns about the impact of people facing criminal charges without representation on the justice system, victims of crime and defendants.

More than half the judges interviewed felt that self-representing defendants did not properly understand the process, particularly the difference that an early guilty plea makes to sentencing. Several judges said that unrepresented defendants were typically offered no support at all. “Some of them just sit there like a rabbit in the headlights and haven’t got a clue what’s going on,” reads one quote.

Judges also warned that forcing people to go without lawyers in hearings makes the process take up more court time, meaning that legal aid cuts end up costing the system more in the long term.

Another judge expressed deep misgivings at the appropriateness of witnesses being questioned by defendants in court, which can be highly traumatic for witnesses and victims.

The report also illustrated the gulf between the Ministry of Justice’s predictions regarding the affects [sic] of the cuts to legal aid and the reality on the ground.”

In all, the report is a damning indictment of Tory policy, especially from judges and the people on the ground in court rooms every day. It shows that far from saving the country money, austerity has instead led the systems and institutions, which were prevously the crowning jewels of this country, into darkness.

Multiple parties have reported the Government’s alleged cover-up to the Information Commissioner. Here’s hoping they can get a lawyer.