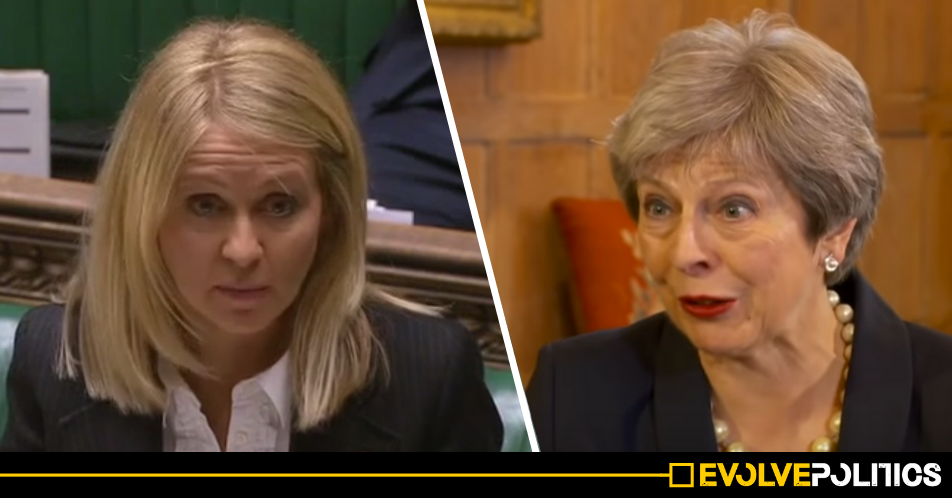 Mental Health Charity, Mind, has called out the Conservative Party Work and Pensions Secretary Esther McVey, accusing her of lying about them in Parliament. The charity felt the need to speak out after McVey told Parliament that the charity supposedly supports the government’s new regulations for Universal Credit. However, despite McVey’s latest attempt to distort reality, what is very clear now is that Mind certainly do not.

The Tory Work and Pensions Secretary addressed the House of Commons on Monday to lay out the latest set of regulations it wants to bring in for Universal Credit. The new rules are intended for the next stage of rolling out the crisis-hit benefit.

Beginning in mid to late 2019, claimants on existing “legacy benefits”, such as Jobseekers Allowance (JSA) or Tax Credits, are due to be moved over to Universal Credit.

Some things included in the new regulations included giving claimants three months to apply for Universal Credit (UC), rather than one, and allowing their legacy benefit to run on for two weeks after they’ve claimed UC so they can get used to monthly payments.

What do Mind say?

When making her statement to The Commons, Esther McVey said the following;

However, following McVey’s words, Mind released a statement on Twitter as they felt “it was important to set the record straight.”

Yesterday the Secretary of State for Work and Pensions @EstherMcVey1 mentioned us in a list of organisations who had recognised and welcomed changes to #UniversalCredit. We thought it was important to set the record straight. pic.twitter.com/ATZqKqLHzO

In a series of tweets the charity laid out how, since July 5th 2018, they have been openly expressing their concern about the new Tory-led proposals for Universal Credit.

However, it’s the last tweet that catches the eye.

And here's what we said yesterday when the Government published it’s updated plans for #UniversalCredit > https://t.co/brYrb11lAh pic.twitter.com/XrR1lfNMnL

Mind had spoken to The Daily Mirror on the day that the regulations were announced, and it’s very clear to see that they do not agree with the new proposals set out by McVey and The Department for Work and Pensions.

“These regulations have confirmed what we have long feared and argued against – that in the move over to Universal Credit (UC) three million people, including hundreds of thousands of people with mental health problems, will be forced to make a new claim.

“This risks many being left without income and pushed into poverty.”

Esther McVey has been caught “misleading” Parliament before. Back in June she was blasted by the head of The National Audit Office (NAO), Sir Amyas Morse, after she made false claims to parliament following a highly critical report by the government watchdog.

The Ministerial Code is very clear on what should happen if a Minister misleads (aka lies) to parliament.

Paragraph 1.3c states:”Ministers who knowingly mislead Parliament will be expected to offer their resignation to the Prime Minister”

However, with Theresa May’s government so weak, Esther McVey managed to get away with a half apology.

In-fact, in the same week the NAO report blamed a rise in foodbank use on Universal Credit, Esther McVey was criticsed for ‘taunting’ foodbank users after flaunting how amazing her £8.50 breakfast in a Knutsford bistro was.

It remains to be seen if Mcvey will will be punished for her latest lie, but one thing’s for sure, we will keep you updated on any progress as it develops.