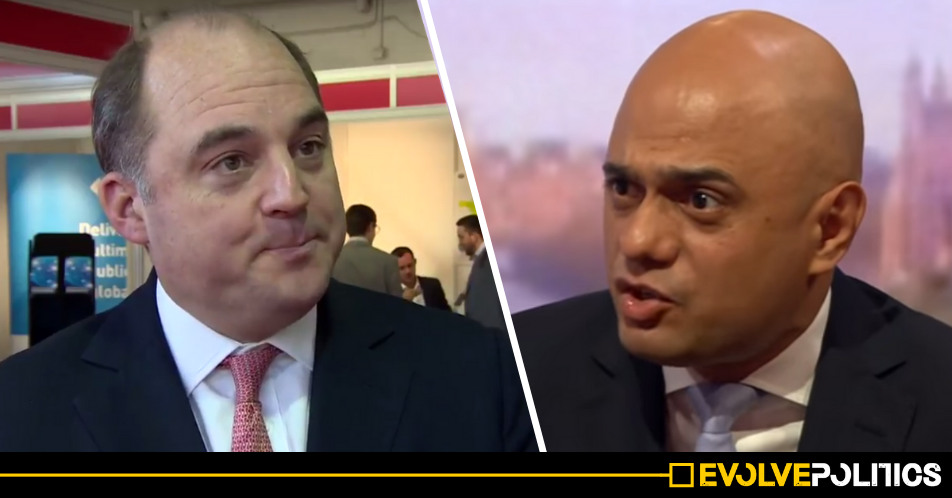 tory Security Minister Ben Wallace just managed to destroy his own party’s line that austerity and cuts aren’t to blame for a rise in violent crime in England and Wales after inadvertently admitting in a Radio Four interview this morning that the Police desperately need more money in order to tackle the soaring violent crime figures.

Just a few weeks ago, it was revealed that in England and Wales, homicides had risen by 33%, knife crime was up 62%, and robberies had increased by 58% in just three years.

However, Wallace can now expect a cold reception from his boss, the Home Secretary Sajid Javid, as the Tories have consistently stated that swingeing cuts to police budgets are not to blame for the recent large rise in crime.

Instead they claim that the cuts have helped forces concentrate their resources better. However, Wallace told Radio 4 that resources are exactly what Police are lacking.

A transcript of the interview is as follows:

John Humphrys: “[A] sharp increase in violent crime and a drop, a very sharp drop, a 50% drop, in the number of people being arrested for violent crime, that’s what is so scary, isn’t it?”

Humphrys: “Therefore you must agree with her [Sara Thornton] surely?”

Ben Wallace; “I agree that what we’ve got to do is try and unlock more resources for the police.”

“The Government has been in denial, but now Home Office Ministers are being forced to admit that the police need more money. Yet there was not a penny more for neighbourhood policing in Monday’s Budget.

“You cannot keep people safe on the cheap. With violent crime rising and arrests falling on their watch, this Tory Government’s refusal to give our police services the funding they need will continue to devastate our communities.

“There is no sign of austerity ending for the police any time soon. Labour’s commitment to policing and public safety is clear. We will recruit 10,000 more police officers to keep our communities safe.”

Despite the Tories’ denial that deep cuts have strangled the effectiveness of UK policing, a steady stream of senior police officials have called on the government to reverse their austerity measures.

“There is no question there will be more obvious rationing of services. The public can already see it is going on. We are already not pursuing crimes where we could find a suspect.

We are doing things now that surprise me. We are struggling to deliver a service to the public. I think criminals are well aware now how stretched we are.”

The National Audit Office (NAO) recently calculated that central government funding to police commissioners in England and Wales has fallen by 30% in real terms since the Tories came to power in 2010.

This has left officers with the agonising task of deciding what crimes do and don’t merit investigation.

Theresa May recently told the country that austerity will be coming to an end, but for the Police at least, and despite soaring crime figures, that doesn’t look particularly likely.

Police Chiefs and Crime Commissioners have been to told they face more cuts because of an overhaul of public sector pension schemes. It has been reported that £165m needs to be cut in 2019-20, and a further £417m in 2020-21.

With no additional funding for the Police announced in Monday’s budget, and with Police Chiefs threatening legal action against the Home Office over their pay, we certainly haven’t heard of this story.

iters for their work in exposing injustice, inequality and unfairness.