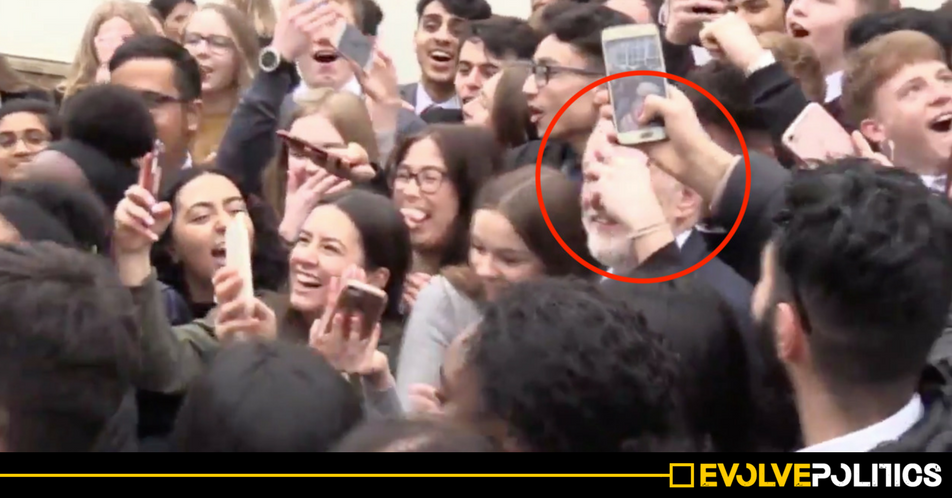 Last night, Labour announced that they would provide free bus travel for all citizens aged under 25, should Jeremy Corbyn’s party be elected to government at the next General Election – and, after unveiling the new policy at a sixth form in Derby, it’s safe to say the students there were absolutely delighted by Labour’s latest promise.

“Labour leader Jeremy Corbyn is set to announce that the party would implement a new scheme providing free bus travel for all under 25s, should Labour win the next General Election.

Labour say that the move to provide free bus travel for every citizen under 25 could benefit up to 13 million young people across the country and help them save up to £1,000 a year on public transport costs.

Labour say that the scheme would cost £1.4Bn per year, and that the party plan to pay for it by using money ring-fenced from Vehicle Excise Duty.

The scheme would involve the next Labour government providing funds to local authorities who introduce bus franchising, or who take their local bus services back under public control. Labour say this would incentivise local authorities to create bus companies that are publicly run for passengers rather than for profit, which, according toresearch conducted by Transport for Quality of Life, could save the taxpayer £276m a year.”

The scheme would be of huge benefit to students, with recent statistics showing 17-21 year olds make almost double the amount of bus journeys than most other age groups.

And the fact that Labour’s new pledge could end up saving students up to £1,000 a year seems to have gone down extremely well with the watching audience.

After announcing the policy, Labour leader Jeremy Corbyn was utterly mobbed by students at the sixth form – with hugely enthusiastic chants of ‘Ohh Jeremy Corbyn‘ echoing across the school playground.

You can watch the joyous scenes below: