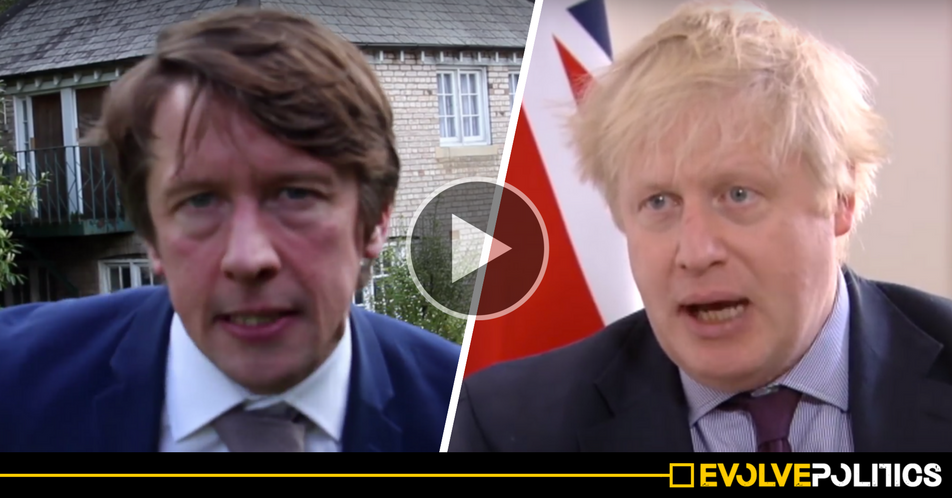 Everyone’s favourite red-faced, anger-etched journalist, Jonathan Pie’s latest mid-newscast rant is a must-see. He goes all in on May, before hitting BoJo and finishing with Philip Hammond – and, as per usual with Pie, his latest epic rant is definitely NSFW.

After apparently finishing a report on knife crime in London, Pie launches into it:

“This Government are f*cking idiots. […] Kids being stabbed on our streets after years of having youth services slashed out of existence, police numbers decimated and the Home Secretary blames… social media.”

Hitting Ian Duncan Smith, he calls him a “baldy tw*t“, before going on to blast the Prime Minister Theresa May:

“And the actual f*cker who actually cut the police numbers in the first place is our erstwhile Home Secretary, who now of course, runs the f*cking country… apparently!”

“Sending out rash tweets and then hastily deleting them isn’t exactly statesmanlike, is it? One Donald Trump is enough.”

“When Corbyn suggested a responsible, cool approach to this, the Press wanted him strung up for being treacherous, Commie, spy b*stard and yet Boris is still in a job.”

All of Boris’ racist statements and clumsy turns of phrase in respect of foreign citizens and dignitaries are listed in what makes for shocking viewing. In Pie’s words, he is a “gormless tw*t“.

Finally, Pie calls out the Tories for their vain, ineffectual efforts to turn their gross inadequacy and poor leadership into comedy:

“We all saw what happened when f*cking Philip f*cking Hammond tried to turn the budget into a standup routine with gags about Top Gear… Just run the f*cking country you f*cking idiots!”

The video is a must-see. once again, Pie concisely destroys this Tory Government’s woeful record and its utter unsuitability for the office it holds.

You can watch Jonathan Pie’s latest – and possibly his most epic and on-point – anti-Tory rant to date below: