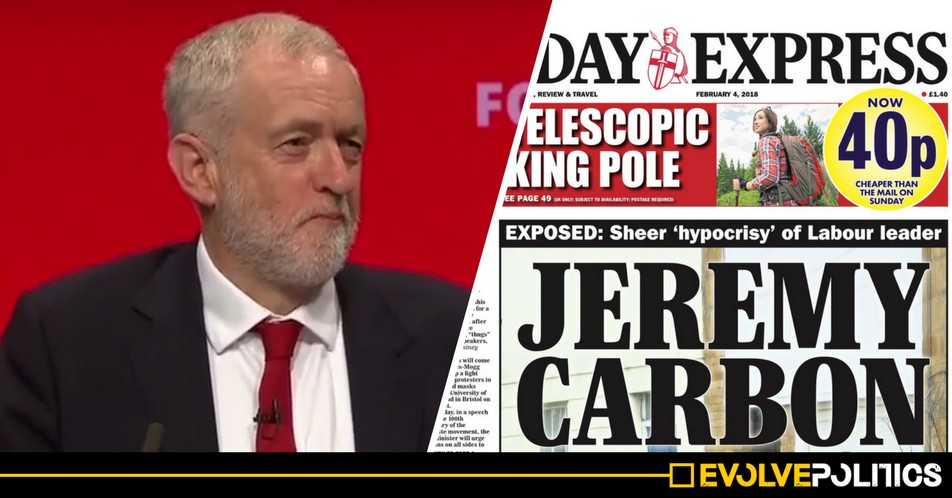 The Daily Express, a paper not exactly renowned for supporting Labour at the best of times, really have just upped the stakes in terms of ridiculous anti-Corbyn headlines today.

And features a tagline that reads: 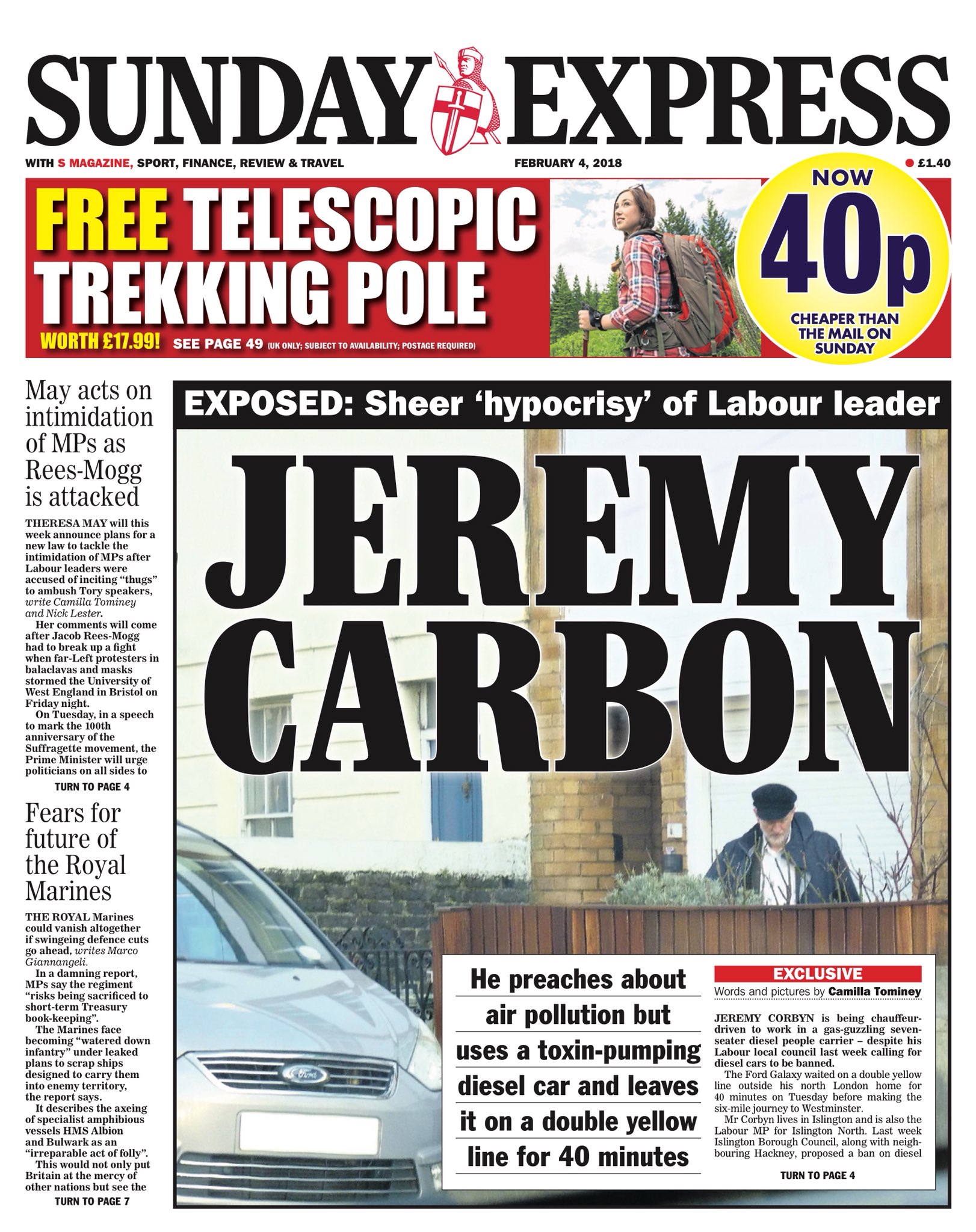 Yes, rather than reporting on the massive protest in London yesterday where tens of thousands of people came together to demand the government put a halt to their ever-creeping privatisation of the NHS, the Express have decided that Jeremy Corbyn being taken to work in a Ford Galaxy is the most important story in the country right now.

Furthermore, the Express have shown their own incredibly blatant pro-Tory biases by choosing to single out the Labour leader despite the fact that the Conservative Chancellor Phillip Hammond regularly requisitioned RAF jets to take him from London to Manchester, and that Theresa May gets chaffued around in a Jaguar XJ Sentinel supercharged 5.0 litre V8 that does a pitiful amount of miles to the gallon.

It’s safe to say that even those on social media were surprised at just how ridiculous this latest anti-Corbyn smear was, with one Twitter user writing that:

I’ve seen some anti-Corbyn headlines in my time but this is the most hilarious one of all. Even Breitbart, Guido Fawkes and Infowars combined wouldn’t lead on this sort of bog standard insane rubbish. The Express is a special kind of unhinged.

Also, if you take the time to read the Express article, you would also find that their tagline is more than a little misleading.

The Express article declared that the car was left on a double yellow line for 40 minutes, and given the attacking nature of their headline, readers would assume that the engine was left idling, and therefore creating more pollution.

But it wasn’t. As The Express go on to clarify in their article ‘the car remained parked on double yellow lines’, and that:

A traffic warden in a high-visibility vest approached but immediately appeared to recognise the car and did not issue a ticket.

Not only is the headline absolutely ridiculous and their story rife with pro-Tory bias, their tagline is also incredibly misleading. The Express have basically decided to run with a story on their front page which castigates Jeremy Corbyn for being taken to work in a car.

This is also despite the fact that Jeremy Corbyn is regularly pictured on public transport – something Theresa May and Philip Hammond would presumably never be seen dead on.

The Express also managed to wheel out the ever-incredulous Tory MP Andrew Bridgen, who fumed that Corbyn was:

like one of the old Soviet leaders, riding around in his Zil while the rest of his comrades are on bicycles

Yes, this is despite the fact that Corbyn cycles so much that he was even captured by the Google street view car riding his bike.

However, Mr Corbyn – who was recently revealed as the first target of Finsbury Park Terrorist – was forced to give up cycling to work after major security concerns.

Just when you think the right wing press have finally run out of Corbyn smears, and that they might have finally cottoned on that their constant shrieking smears do the exact opposite of what they’re intended to, you can always rely on The Express to come up with something truly mind-blowing.