Home UK News Economy Whilst UK workers rely on foodbanks, your boss may have ALREADY pocketed... 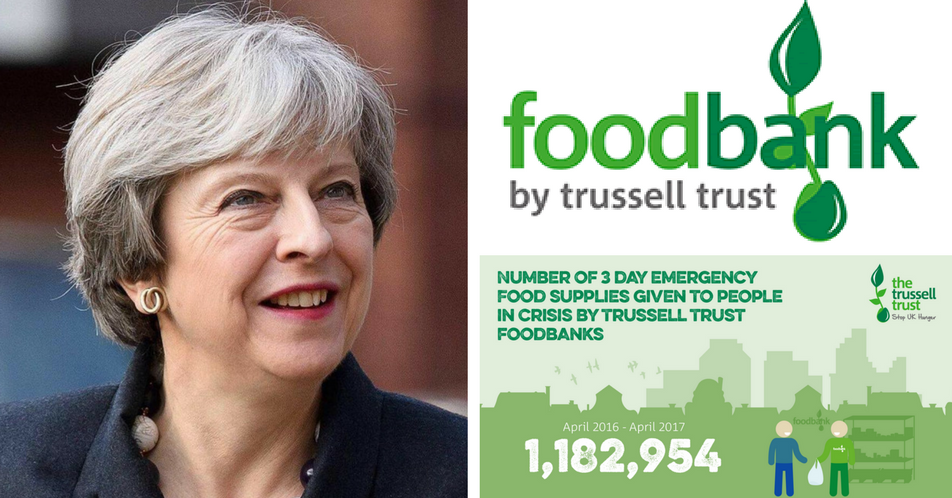 Did you wake up this morning and troop to the train station in the sleeting rain? Trudge up the station steps to your platform sopping wet? Get battered by the wind as you sloped towards your office? Stand moribund in a grey puddle of stagnant water waiting to clock in on site? Maybe you checked the rent was paid as you changed into your uniform to commence yet another deeply unsatisfying day of stacking shelves?

Then, as the hours ticked over like clockwork-treacle inexorably, eventually you breathed easy as the sweet relief of your lunch break loomed into view.

As you tucked in to your cheese and pickle, or your micro-indulgence – a Pret sandwich (all that apparently stands between you and the house of your dreams) – it may have marred your experience to realise that at this very point, your boss may have just earned your yearly wage.

The research by the Chartered Institute of Personnel and Development in conjunction with the High Pay Centre highlights the damning disparity within Britain’s shores between the workers and the bosses; the managers of business and their employees.

The analysis highlights that on an hourly basis, FTSE 100 CEOs could pay their workers’ yearly wage out of pocket in just three days. Per hour, they are earning £898.00 – 256 times what an apprentice will earn on minimum wage.

Taking a comparative approach, it is hard to imagine anyone other than a paramedic on call, a police officer or a fireman ever having done something in an hour worth £898.00, let alone a CEO.

The indignity is made worse when you see exactly who some of these CEOs are. Sir Martin Sorrell, for instance, is the CEO of WPP Plc, which does advertising: a great public service. He was paid £48 million, which admittedly is a reduction from the £70 million he was paid in 2015.

Jeff Fairburn is the highest paid company boss – he is on track to rake in a £110 million bonus. The company of which he is boss is Persimmon Homes, which profits off the fat of the taxpayer-backed Help to Buy Scheme and sells unaffordable homes under the guise of affordability by making use of Government subsidies. Indeed, in 2017, Persimmon’s chair quit in remorse at having been unable to cap the CEO’s pay.

This brings to light an important point. Corporations cannot be trusted to self-regulate. Theresa May made corporate governance a pillar of her stump speech on inheriting power from Cameron and proposed putting workers on company boards, and making companies hold annual votes on executive pay; two proposals she later backtracked on.

Now, as in the words of TUC Regional Secretary, Nigel Costley, “Workers are suffering the longest pay squeeze since Napoleonic times. One out of seven are skipping meals to make ends meet. But fat cat bosses are still getting salaries that look like telephone numbers.”

This is the Frankensteinian fallout of unfettered neoliberalism – corporate executive pay rips forth like a wayward Beyblade while workers suffer stagnant wages, rising rent, rising house prices, suffocated public services and diminished influence over their workplaces.

This is why, in the face of Louis the Sixteenth-level inequality, Corbyn in early 2017 proposed a pay cap.

Indeed, it’s an idea that goes back to Aristotle, who opined that the wealthiest Greek shouldn’t have more than five times the poorest.

For his part, Peter Cheese, the Chief Executive of the CIPD had this to say:

it’s crucial that the Government keeps high pay and corporate governance reform high on its agenda. We also need business, shareholders and remuneration committees to do their part and challenge excessive pay, to understand pay and reward for top executives in the context of the whole organisation, and look at how pay is linked to driving sustainable performance. We need a significant re-think on how and why we reward CEOs, taking into account a much more balanced scorecard of success beyond financial outcomes, looking more widely at the impacts of businesses on all stakeholders from employees to society more broadly.

Something needs to be done. As the average workers of Britain suffer under austerity and privatisation, with many of those even in employment reliant on foodbanks or state handouts just to survive, the pay gap between them and workers has more than tripled in 20 years. This is unsustainable.