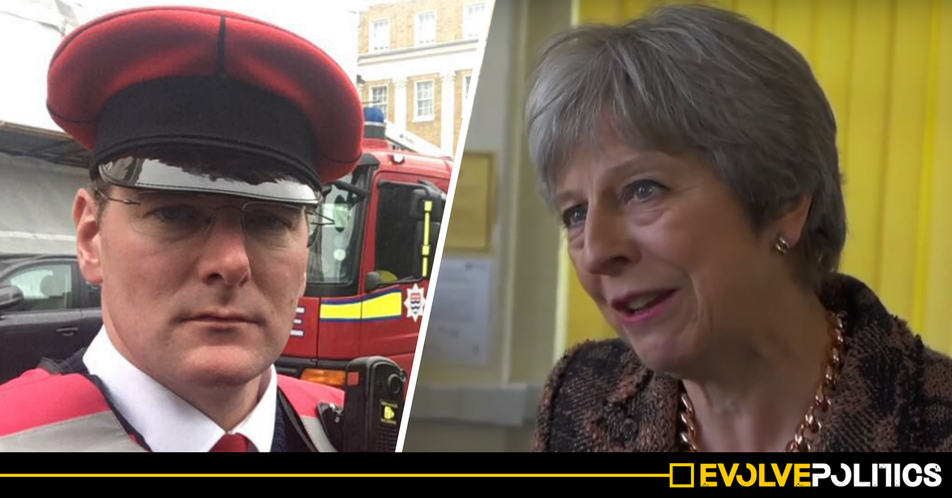 A private police force that runs under the cuddly moniker, My Local Bobby, will be hitting the streets of Britain after a ‘successful’ trial run in London’s wealthiest areas, including Belgravia, Mayfair and Kensington.

As the Tories have cut public services, including the Police most prominently, to the bone, the glittered wealthy no longer feel safe from the roving hordes.

That’s why, for around £200 a month, My Local Bobby has been sending ex-police and military men on so-called micro-beats, which span a couple of hundred houses in privileged neighbourhoods, to check up on the citizens they’re accountable to. Accountable to them, of course, because they are the pay check.

The police are the arm of the state, aside from the military in certain circumstances, empowered to exercise violence and oppressive means on civilians in the pursuance of justice. The fact that the Conservative Government’s ideological pursuit of austerity has formed such a gaping chasm in its ability to satisfy its duties, such that there is a market for private policing, is abhorrent.

McKelvey and Nash, both ex-Met officers (and proud owners of names that sound like a hit series on Fox when put together), are adamant that the service is there to provide what the police have been unable to – “Dixon of Dock-Green style policing”. Such a homely, nostalgic image belies what’s important, though: you need to be able to pay.

Private security forces have been responsible for myriad injustices and negligences across the world since they started their intravenous drip into daily life.

For example, in Israel, prisons that hold Palestinian political prisoners are run by G4S, and human rights organisations regularly report torture within their walls. Stories constantly abound of abuse, humiliation, assaults and mockery within Immigration Removal Centres run by Serco and G4S.

My Local Bobby’s founders insist that the foot soldiers adorned in their bright red stab-proof vests are highly trained ex-soldiers and Met officers. People who know how to use force, and are trained to the highest British policing standards.

Firstly, what this means is that My Local Bobby is profiting off police trained on the public pound. That is, police officers who have learnt everything they know and gained their experience through public finances. It may be, even, police who are sick of having to put up with being stretched to their limits, not receiving the support they need from the State, who can then move into the private sector. As such, My Local Bobby gets policemen and women into whom they need to plunge no investment aside from kit and uniform. A free, fully-trained workforce on the streets, for whom the public can pay again to provide the service they were trained to provide. In this way, My Local Bobby has a Governmentally-subsidised workforce.

Secondly, while the soldiers of My Local Bobby might now be of the highest standard, the fact is that the company intend to expand. They are rolling their service out nationwide. With expansion comes the need for more manpower. With the need for more manpower, will likely necessarily come the need to dilute standards. Such is already the case with G4S and Serco who are constantly under fire for bad practise.

Thirdly, it does not matter how well-trained these officers may be. They are not accountable to the public at large. Only those with the resources to pay them. The police – the actual police – have to swear an oath of office:

“I, … of … do solemnly and sincerely declare and affirm that I will well and truly serve the Queen in the office of constable, with fairness, integrity, diligence and impartiality, upholding fundamental human rights and according equal respect to all people; and that I will, to the best of my power, cause the peace to be kept and preserved and prevent all offences against people and property; and that while I continue to hold the said office I will to the best of my skill and knowledge discharge all the duties thereof faithfully according to law.”

We all pay for the police equally. The minimum-wage shift worker chips in a proportionally equal amount to the billionaire, and as such, the rule of law can be upheld, since the police owe no greater duty to one person than another.

No matter how professional they may look in their pretty red hats, how proper in their vests, how well-equipped with buzzing walkie-talkies, when the foot soldiers of My Local Bobby are paid directly by certain residents, they are not police, they are private security.

They use their spare time to send out Tweets alienating, humiliating and vilifying people who shouldn’t be hanging around in the areas they patrol.

Other than that, they seem to find a lot of stolen stuff. Already, of course, discarded after a theft. Something that you or I could do pretty well.

My Local Bobby exercise private prosecutions – their parent company, TM-Eye, is the only investigatory company in the country – to their knowledge – that does so.

Whereas when the police make an arrest, they have to hand the case over to the Crown Prosecution Service to determine whether there is a good chance of conviction and whether prosecuting the matter would be in the public interest, all My Local Bobby have to consider is whether pursuing the prosecution would look good to potential punters.

The culture of inequality, which a private police force embeds into the social fabric, is stark. A dispute between a home owner and someone exercising their right to walk down a public street or hang out, wouldn’t be considered along the lines of social cohesion as by a police officer. Instead, it would be considered by the police officer in terms of what will keep the home owner paying their monthly subscription. It means that innocent individuals doing no wrong will be humiliated and victimised if the wealthy fancy it.

While the My Local Bobby policemen are essentially powerless, enabled only to exercise all of our right of a citizens’ arrest, the man on the street doesn’t know that. They are there to bully people in rich areas who shouldn’t be there; to assert property rights and the right of exclusion and social division that comes with them.

Worst of all, though, is that this is yet another step in the private sector infiltrating public services. This is a private company sanctioned not the by authority derived from the social contract on the part of the State, but by the money of the elite, to exercise an oppressive function.

“Fascism should rightly be called corporatism, as it is the merger of corporate and government power.”