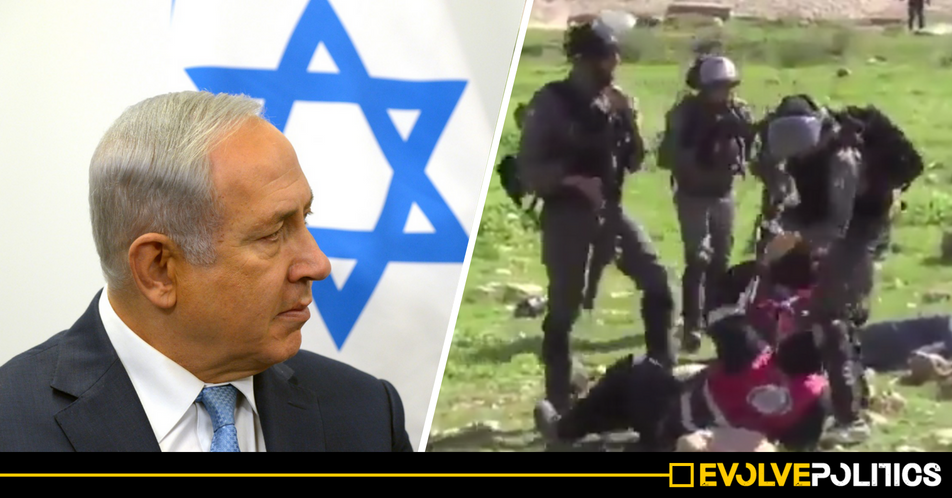 A Bill seeking to criminalise any documentation – such as photographs, audio or video recordings – of Israeli Defence Force (IDF) soldiers’ actions has been proposed to the Israeli Parliament, the Knesset.

Sometimes authoritarianism creeps in subtly, and like a frog being dropped in cold water that is slowly heated to boiling point, we don’t notice until it’s too late.

Sometimes events occur and legislation is contemplated that walks the line between totalitarianism and a legitimately strict hand against perceived threats.

Sometimes it’s hard to tell if something crosses that line, if something is done with nefarious intentions or whether it is a reaction to a real problem. Sometimes, oppression is deniable or, even, justifiable in certain circumstances.

This is not one of those times.

The Israeli Parliament is contemplating legislation that is so flagrantly oppressive, and so undeniably authoritarian, that is so obviously an over-extension of state power to the disadvantage of legitimate individual interests, that it is nigh-on beyond belief.

The proposed bill comes just days after the United Nations declared that Israel had broken International Law after at least 109 unarmed Palestinians – including journalists and children – were shot dead by Israeli snipers in several weeks of bloodshed near the Israel-Gaza border.

And following the killing of 60 Palestinian protestors in April, a video emerged showing Israeli snipers cheering after shooting one Palestinian man – a video which rightly sparked outrage, but which would have been illegally published had Israel already passed their proposed censorship bill.

The Palestinian Journalists’ Syndicate has condemned the Bill as racist, saying that it will “grant legitimacy to the Israeli occupation to commit more crimes.”

In addition to being a severe impingement on freedom of expression, the ability for journalists and unarmed citizens to protect themselves and the only means by which the world is able to see the worst abuses of Israeli soldiers as and when they occur, the wording of the Bill appears to go some way to creating a thought crime.

Given that the potential sentence for falling foul of the prospective legislation rises from 5 years to 10 years’ imprisonment depending on the intention of the ‘documentor’, it appears that there is significant scope for exploitation or injustice.

Whether or not someone videoing the Israeli army intended to do so to disturb the morale of soldiers and citizens or to destabilise the state’s security is a question that would be hard to answer without subjective interpretation of that someone’s intentions. One suspects such interpretation would not be favourable to any defendant.

The Israeli Defence Minister, Avigdor Lieberman, has backed the Bill.

The circumambient justifications for the piece of legislation, entitled the “Prohibition against photographing and documenting IDF Soldiers“, merely add darker colours to the proposal.

The Israeli MP who proposed the Bill stated that it arose as an attempt to react to the rise of left-wing activists exposing Israeli practices against Palestinian citizens in the Gaza Strip and the West Bank.

When a horrifying piece of law is justified or sought to be excused by the very thing that makes it abhorrent in the first place, it is hard to escape the feeling that we are truly in the Upside Down. The fact that it singles out a particular section of the political sphere is worrying in and of itself.

Mr Ilatov, the MP whose Bill it is, further explained the impetus for the potential law, and though it may seem that there is some justification for such a piece of legislation to ward against deliberately antagonistic tactics designed to provoke or enflame IDF soldiers, it is nevertheless a massive sledgehammer to wield over a nut. As well, it cannot be forgotten that these soldiers are the front line of an occupation.

“For many years now, the state of Israel has witnessed a worrying phenomenon of documentation of IDF soldiers. […] This is done through video and stills and audio recordings by anti-Israel and pro-Palestinian organisations such as B’Tselem, MachsomWatch women, Breaking the Silence and various BDS organisations. In many cases, the organisations spend whole days near the IDF soldiers waiting impatiently for activities that can be biased and tendentious – and through them they can be disgraced. […] Documentation is usually done while interfering with IDF soldier’s ongoing operational activities, sometimes even shouting accusations and insults against them. Most of these organisations are supported by associations and governments with a clear anti-Israeli agenda, which use these tendencies to harm the State of Israel and its security. […] It’s time to put an end to this absurdity, and it’s inconceivable that every leftist operative or organisation supported by foreign entities will have free access to document IDF soldiers unhindered while carrying out their duties. […] We have a responsibility to provide IDF soldiers with optimal conditions for carrying out their duties, without having to worry about a leftist or organisation who might publish their picture to shame and disgrace them.”

Until now, video footage has enabled the world to judge the conflict between Israel and Palestine on documented facts, and not just rhetoric. Should Israel have their way, this may soon be about to stop.

Checkpoints on their way to school: just another afternoon for minors in Hebron. Watch local students return from school to find the main entrance to their neighborhood closed. pic.twitter.com/baDclS3yDm