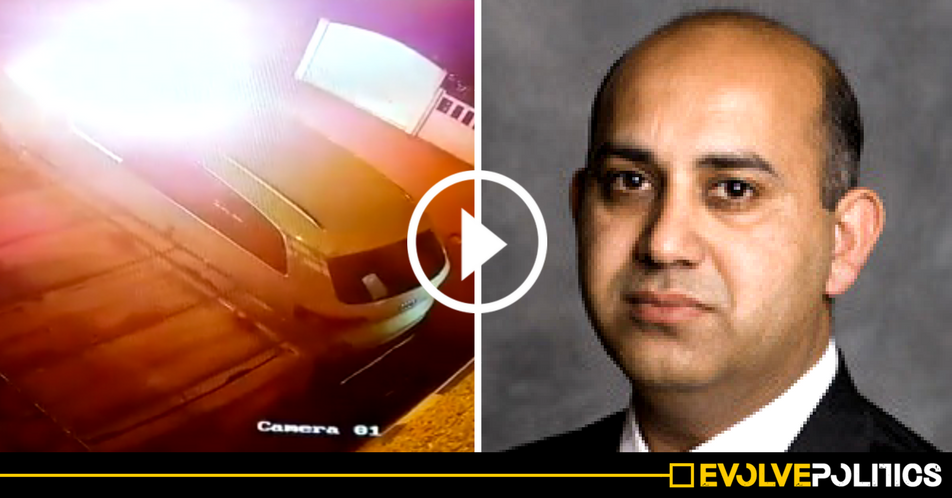 A Labour Councillor has been left ‘traumatised‘ after his car was ‘deliberately set on fire’ outside his home in what has been described as a ‘professional’ and specifically-targeted attack.

The potentially racist attack occurred in Pendle in Lancashire, the same Borough where Rosemary Carroll – the Conservative Party Councillor who was previously suspended for posting a racist tweet – was today reinstated by the party in order to allow the Tories to grab control of Pendle Council by a single seat.

According to the Lancashire Telegraph:

“The 46-year-old Labour member’s wife, Gulnaz Daar, heard a popping noise from outside her home and discovered the car engulfed in flames on the driveway.

The fire service arrived within minutes and extinguished the blaze which had caused damage to the car’s front.

A fire service spokesman said an investigation is underway to find out the cause of the deliberate fire.”

The leader of Pendle Council, Mohammed Iqbal, who was speaking on behalf of Mr Sakib, told the local paper:

“It has traumatised his family and his children because it happened so close to their home.

“Words are beyond me but I would describe these actions are those of a mindless individual.

“Cllr Sakib has no grudge against anyone, he is very well respected in the community and has lived in the area for around 17 years and never had an issue before.

“The CCTV shows someone walking up to the car, pouring petrol over it and casually getting out a lighter and setting the car on fire.

“It is clearly a professional job, its not been done by a chancer, someone has deliberately targeted the car.”

Whilst there is no suggestion of any direct link between Ms Carroll’s tweet and the apparently specifically-targeted racist crime committed on Mr Sakib, the Conservative Party’s failure to robustly deal with an epidemic of Islamophobia and racism within their party makes them clearly complicit in normalising such racist attacks across the country.

Eighteen Conservative Councillors and Candidates were suspended or disciplined by the Party for racism or abuse in the run up the yesterday’s Local Council elections.

Furthermore, the former Conservative Minister Baroness Warsi warned that there were now “weekly occurrences of Islamophobic incidents” within the Conservative Party.

In response to Ms Warsi’s incredible admission of weekly Islamophobic incidents in the party, the Muslim Council of Britain (MCB) reiterated their demands for the Tories to initiate an urgent investigation into Islamophobia within the party – a demand which the Tories have ignored for the past 2 years since the MCB first made their concerns public following the Conservatives’ clearly racist campaign against Sadiq Khan during the London Mayoral Elections in 2016.

Despite the British media rightly giving significant prominence to the scourge of anti-Semitism in politics in recent weeks, their complete failure to properly report the epidemic of Conservative Party Islamophobia and racism makes the media’s agenda clear.

It has now been almost two years since the despicable murder of Jo Cox in what was a politically motivated terrorist attack – a murder committed by a man who was essentially radicalised by the anti-immigrant rhetoric of Britain’s media, and who targeted the Labour politician over her high-profile campaigning to help immigrants and refugees.

It is also entirely possible that the recent attack on Labour Councillor Mr Sakib in Pendle was both politically and racially motivated – and the failure of the Conservative Party to address the blatant Islamophobia and racism rampant amongst their own ranks only continues to normalise such despicable hatred.

If the Tories and the media fail to address the problem soon, it is surely only a matter of time before we see another fatal atrocity committed against an elected politician.