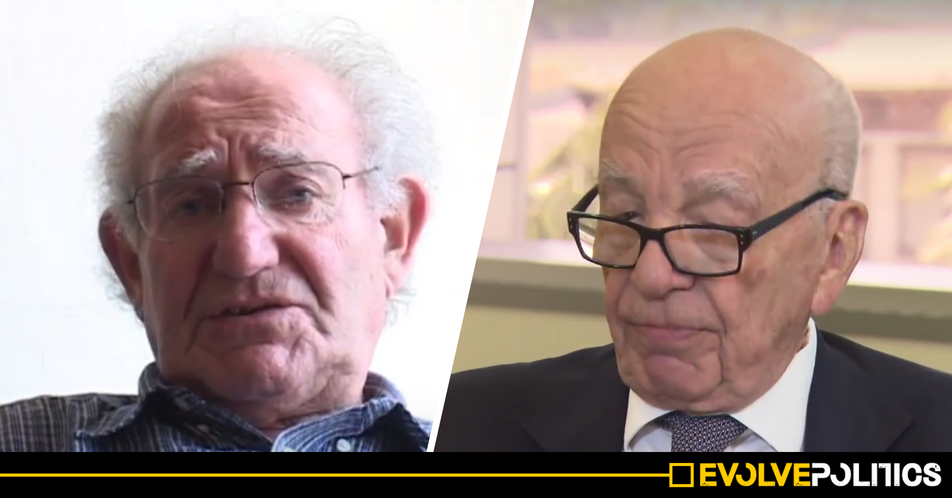 The disgusting depths to which the British right-wing establishment media will stoop in order to smear  Jeremy Corbyn are widely known, and often widely ridiculed by a large section of the general public. But today’s latest attempt to smear the Labour Party leader is almost certainly the most despicable of the lot.

With the sole intention of smearing Jeremy Corbyn, the right right press chose to label a now deceased 90 year old Jewish man – a man who literally survived the holocaust as a prisoner at the Nazi death camp Auschwitz, whilst his parents were gassed to death – of himself being antisemitic.

In 2010, Jeremy Corbyn hosted an event in the House of Commons called Never Again for Anyone. The purpose of the event was to discuss the horrors of the holocaust, and gauge the opinions of those who had suffered through it in order to ensure that such atrocities never happen again.

The main speaker at the event was the widely-respected Jewish holocaust survivor Hajo Meyer, who, during his talk entitled The Misuse of the Holocaust for Political Purposes, he likened the Israeli government’s current policies to those of the Nazis.

Everyone's tweeting about Hajo Meyer. Perhaps it might be an idea to understand a little of what he actually thought?

As a result of his experiences in Auschwitz, Meyer learned one fundamental lesson: that his moral duty as a human being was to never become like his oppressors. pic.twitter.com/WS8s1Ov90C

The Israeli government’s continued persecution and imprisonment of the Palestinian people has been widely documented by many organisations, with even The United Nations describing Israel as an apartheid state.

Furthermore, the Israeli regime’s recent murder of scores of Palestinian protestors have been labelled as war crimes, whilst Israel’s recent implementation of the Nation State Law – a law which openly discriminates against Arab-Israeli citizens – has fuelled further comparisons between Israel and the formerly racist apartheid state of 1940 – 1990s South Africa.

Given the ongoing atrocities being committed by the Israeli state against the Palestinian people, as well as their adoption of a policy that has literally just been endorsed by an actual Nazi, it is little wonder that the Israeli government’s actions are so widely criticised around the world.

However, according to the widely-criticised IHRA definition of antisemitism, anybody making any comparison whatsoever between the Israeli government’s abhorrent actions to those of the Nazis is, in itself, antisemitic.

This very comparison led to a Jewish member of the Labour Party, Martin Odoni, finding himself suspended from the party for supposed antisemitism just this week, with Mr Odoni slamming the IHRA definition as ‘dangerously flawed’.

But now, for a literal survivor of the holocaust – a man who spent ten months at Auschwitz, and whose parents were gassed to death in the Nazi death camp – to be labelled as antisemitic himself, really is absolutely incredible.

Yet, in an ironic twist to this latest ridiculous attempt by the mainstream media to smear Corbyn, all they’ve really achieved is highlighting the fact that the IHRA definition of antisemitism – the definition which was amended by the Labour Party to specifically avoid these kinds of situations where literal holocaust survivors were being accused of hating Jews – is completely unfit for purpose.

If you read beyond headline, you’ll see that the person who compared Israel to the Nazis at the event was not Corbyn but the late Hajo Meyer, a Jewish Auschwitz survivor & anti-Zionist. If you want to call Corbyn an anti-Semite, you’ll have to call a Holocaust survivor one, too. https://t.co/1DSEGB9hK4

If anybody in the entire world is ever qualified enough to give their opinions on what constitutes creeping fascism, it is surely a survivor of the Nazi holocaust.