Home UK News Conservative Party News The shocking stats which prove the BBC are protecting the Tories over... 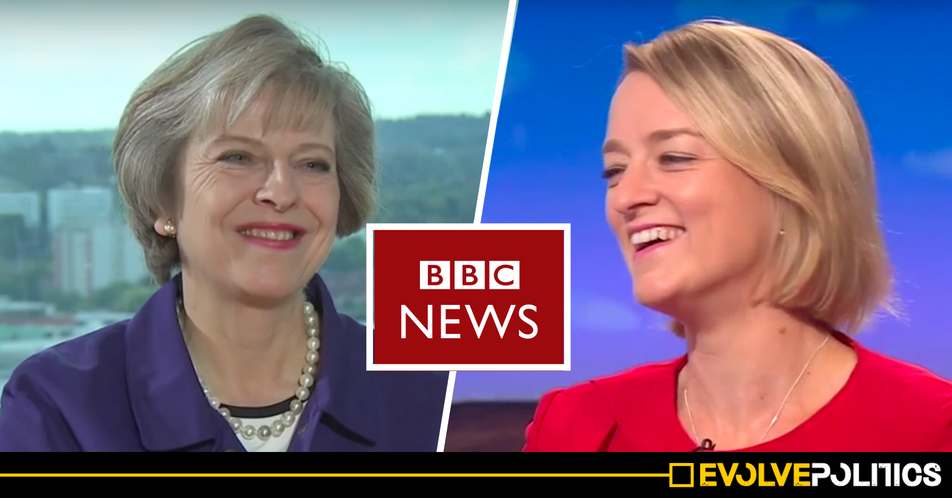 The British Broadcasting Corporation’s News department have long described themselves as a supposed bastion of impartiality. But as the weeks tick on, and the Conservative Islamophobia crisis only seems to intensify, the BBC’s true pro-Establishment agenda is beginning to emerge with some incredibly stark statistics.

It is safe to say that the UK media covered Labour’s struggles with anti-Semitism throughly. However, many argue that the media’s essentially wall-to-wall coverage of the saga went overboard, bordering on the absurd at times, and going a long way to proving a particularly stark bias against Labour leader Jeremy Corbyn.

However, with no other comparable story, it was difficult to gauge how the media’s reporting may have differed, had the boot have been on the other foot and it was instead the Tories, and not Labour, who were attempting to deal with an apparently endemic racism problem within their own party.

But now, with revealtions rife about a truly staggering suspension rate for Conservative representatives accused of Islamophobia, a story comparable to the Labour anti-Semitism saga has emerged – and it’s safe to say the media haven’t exactly covered it with the same screaming gusto as they covered Labour’s struggles with anti-Semitism.

Despite the Tory Islamophobia revelations only hitting the headlines in the past few days, the story has actually been brewing for several months, with numerous Tory candidates suspended for Islamophobia and other forms of abuse in the run up to May’s Local Elections.

Furthernore, the Muslim former Tory Minister Baroness Warsi revealed in April that the party now had “weekly occurrences of Islamophobic incidents” – a revelation that was completely ignored by the entire media, including the BBC, at the time.

Also at this time, and following Baroness Warsi’s revelations in April, Evolve reported what should have been a massive story that the Muslim Council of Britain (MCB) had officially reiterated their calls for an urgent inquiry into Islamophobia within the Conservative Party – a story which, up until just a few days ago, was completely ignored by the entire media, including the BBC.

The MCB had previously written to the Conservative Party in 2016 demanding an inquiry into endemic Islamophobia following the party’s London Mayoral campaign against Sadiq Khan which was widely viewed as deeply Islamophobic by large sections of the country. However, not only were the MCB’s demands ignored by the Tories in 2016, they were also ignored by the BBC and the majority of the mainstream media at this time.

Only now, following the MCB’s second official letter to the Conservative Party last week, and following significant scathing coverage of the BBC’s failure to report the story on sites like Evolve, have the Corporation finally decided to pay lip service to the problem and bother reporting it.

However, in direct comparison to their coverage of Labour’s struggles with anti-Semitism, the statistics really do speak for themselves.

Given that the Conservative Islamophobia crisis has been going on since April, and that a Muslim former Tory Minister has demanded an investigation, as well as Tory Peer Lord Sheikh, as well as the Muslim Council of Britain – and now the Official Tory Muslim organisation, the Conservative Muslim Forum, have joined the calls, you would be forgiven for thinking that the BBC would have reported the emerging saga with at least a modest amount of coverage.

You would be wrong. Compared to the 224 results on the BBC website for Labour anti-Semitism, take a guess how many articles about the unfolding Conservative Islamophobia crisis there are…

Three (Four if you’re generous and include a paper review article).

It’s an utter mystery as to why people think the BBC is biased against Jeremy Corbyn.

Search Results on the BBC Website for “Labour Anti-Semitism”: 224

An absolute mystery I tell you.

Furthermore, when you take a look at the BBC Political Editor Laura Kuenssburg’s Twitter feed, the statistics become even more ridiculous.

A search for “Anti-Semitism” on Ms Kuenssburg’s Twitter feed reveals 22 results – all of which are regarding Labour’s struggles with the issue.

Yet when you conduct a search on Ms Kuenssburg’s Twitter feed for “Islamophobia”, you are presented with just one result.

“Oh!” – I hear you cry – “so she HAS reported on the current Tory Islamophobia crisis then!?”

Well, actually, no. The BBC Political Editor’s tweet is actually from 2017, and quotes Theresa May saying how “there has been too much tolerance of extremism of any kind, including Islamophobia”.

And let’s take a look at the BBC’s Political Correspondent Iain Watson, shall we. Mr Watson has tweeted 33 times about Labour anti-Semitism. However, like Ms Kuenssburg, Watson has tweeted about Tory Islamophobia a grand total of zero times.

It’s an utter mystery why a huge proportion of people think the BBC is biased against Jeremy Corbyn. It really is.