Home UK News Conservative Party News Today the Tories plan to vote AGAINST a bill to name and... 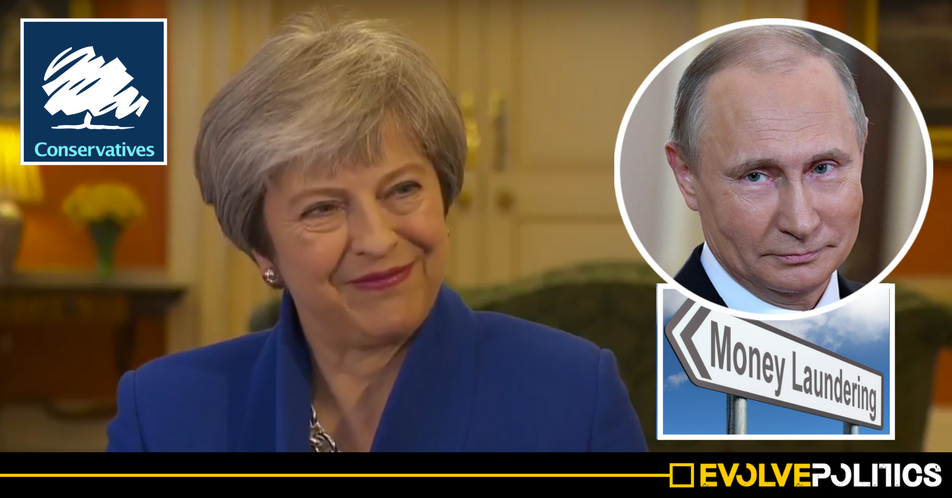 Today, the Tories will attempt to block an amendment to an anti-money laundering bill that would force British overseas tax havens such as the Cayman Islands to publish lists of the real owners of companies registered there – a law that, if passed, would essentially force British tax havens to name and shame tax avoiders and money launderers.

British Overseas Territories like the British Virgin Islands are infamously slippery tropical channels for dirty money, and they are regularly used as havens by everyone from Russian mobsters seeking to launder dirty money, to companies and individuals simply looking to dodge paying tax on their wealth.

Whereas the National Crime Agency estimates that £90bn of illicit money flows through the UK every year, data suggests that over the last ten years, seven times that amount has migrated from Russia through the Overseas Territories.

By passing through anonymous companies in British Overseas Territories, dirty money can be cleaned. The British Virgin Islands serves as the second most popular place for money leaving Russia, and though some of it will be legitimate, a lot will be the proceeds of crime and corruption.

UK govt is trying to prevent Cayman Islands and its other UK Overseas Territories having to publish the real owners of companies: a key way to stop global tax avoidance. UK remains the single biggest problem in global tax dodging and it wants to maintain the system. pic.twitter.com/gZHXkVkgEt

The House of Commons today is due to debate the Sanctions and Anti-Money Laundering Bill.

The Bill is necessary to be able to clamp down on money laundering, which enables not only criminals and mobsters, but so too terrorist networks, to continue their activities.

One way in which the Bill will make it easier to catch bad guys or tax cheats is to know whose money is going through offshore tax havens.

However, May’s Government is seeking to block proposals for a public register of all the companies holding money in Overseas Territories.

As this Government prepares to continue down its long path of Tory tradition in lubricating the channels for dodgy money and billionaires’ ill-gotten gains, perhaps May’s own words should ring in the ears of Parliamentarians:

“There is no place for these people – or their money – in our country.”

Such was the tub thumping, bombastic rhetoric confidently announced amidst the nationalistic reverb of the Salisbury attack. Such was the fiery, war-like fervour of Mrs May’s determination when she had the warmongers and Blairites of the House on her side. On Tuesday, though, her words are set to be shown to be nothing but a hollow echo.

so when the Tories said they wanted “full ownership registers” in British overseas territories that didn’t mean they would have to be entirely transparent and accessible https://t.co/mxcPov6yMx

However, May faces a rebellion in her own ranks. At least 15 Tory MPs have signed an amendment to force all 14 Overseas Territories to create public registers that show the ownership of companies registered there. Even with her DUP crutch, May faces defeat by these numbers.

The Government insist that forcing these public registers will sever relations between the UK and their Overseas Territories. However, given that the Conservatives have taken £millions in donations from Putin cronies and Russian oligarchs since 2010, it seems more than likely that there are more nefarious reasons for their hesitance.

Meanwhile, as Theresa’s Tories try and maintain the anonymity of the super-wealthy, Labour continues to call for a full register of UK property ownership, which would disclose the owners of shell companies. However, this has been delayed until 2021.

The play in Parliament today is a theatre that showcases the Tories’ true loyalties, and that showcases exactly what matters to the Conservative and Unionist Party when it comes to the bite.

After this Government rode a wave of jingoistic war cries following the nerve agent attack in Salisbury and an apparent chemical attack in Douma, and in light of the fact that billions of dodgy Russian money finds its way through the Overseas Territories, Tuesday’s vote and prospective defeat for the Tories is yet another lesson in the hypocrisy and Janus-faced underhandedness of this Tory Government.