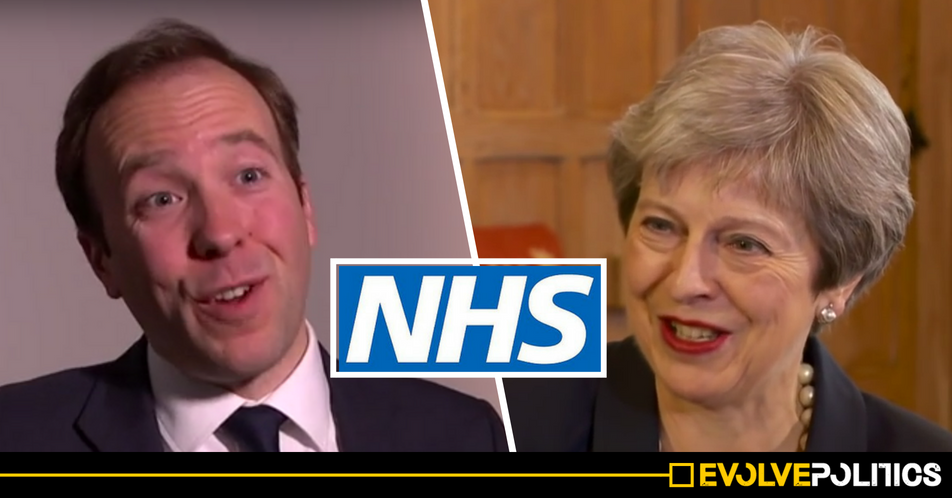 Due to the Tories’ deliberate underfunding of the NHS, private firms have cashed in to the tune of £1Billion due to overstretched hospitals being forced to outsource and privatise urgent services as a last resort.

In what is an alternate guise for the gradual privatisation of the NHS, it appears that due to the woeful underfunding imposed by the Conservative government, NHS Trusts and hospitals are having – through sheer desperation – to pay (and often to overpay) private companies to provide essential services, which the NHS is too stretched to provide itself.

Often, it is hip and knee surgery, where prospective patients are sent to private clinics. The decisions are usually taken as a last resort, where the alternative would be to cancel the care.

The decisions are short-term coping mechanisms to compensate for the fact that more often than not, hospitals don’t have the beds, theatres or staff available to handle the care responsibilities upon them.

The state of affairs is yet another example of the false economy at the heart of Tory policy. The news follows on the back of the recent £20bn spending boost announced by May for the NHS – too little, too late. Indeed, the National Audit Office stated that the boost is nowhere near enough to satisfy the NHS’ financial needs. Furthermore, the so-called ‘Brexit dividend’, which was supposed to fund the spending increase, has been revealed for the thin mist it is by the Office for Budget Responsibility.

Meanwhile, on the ground, the NHS is being forced to put money into the pockets of private companies and care-providers in order to offset its financial and temporal deficit and to be able to continue providing free care at the point of need.

Often, NHS services are overpaying to outsource care, which is a sure sign of the desperate times in which the NHS finds itself. The spending also goes on putting elderly patients into care homes so that they don’t take up valuable beds on wards.

Records only go back two years, but they show that each year, the NHS has spent £1bn outsourcing vital services to private companies in order to cope with the stresses to which it is subjected in the face of rank underfunding.

Overall, in the last 10 years, referrals by the NHS of patients to private hospitals has gone up 600%.

That is, over the last decade, the NHS has paid for 584,963 private procedures and operations.

As the NHS is starved of resources, in order to continue to satisfy its national purpose, short-term, reactive privatisation on a case-by-case basis appears to be the only solution. It is wholly unsatisfactory and completely repugnant to the idea of the NHS.

It is a dire situation that, disgusting, the new pro-privatisation Health Secretary, Matt Hancock, will be extremely happy with – especially given that Hancock is only really doing the bidding of privateers, having received tens of thousands of pounds in donations from the Chairman of an organisation who literally want to abolish and privatise the NHS.

The situation is entirely the fault of the decisions made by Conservative central government. Year on year it has refused to fund the NHS to the correct levels, and it is forcing individual Trusts and hospitals to spend their allocated budgets on paying for patients to undergo their care privately – with the unthinkable alternative being to simply cancel a patient’s urgently needed care.

Such is not a sustainable eventuality. This is how privatisation creeps in – not with grandiose statements and big policy changes, but because the State refuses to serve its purpose. Then, the leeches and bottom feeders of the private sector can crawl in and slather up the mess – just as the Tories desire.